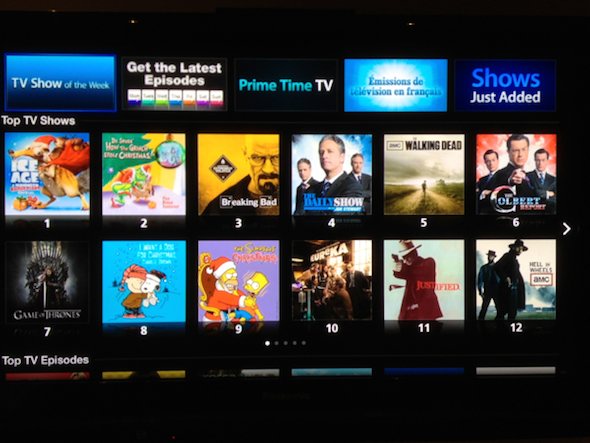 Bad news for folks who were holding out on buying a new TV in anticipation for Apple’s set. A new report is out today that claims it could be 2014 before we see a full-blown television from the Cupertino company.

Chatter regarding Apple building its own HDTV has been around for years now. But talk of the set has significantly tapered off over the past couple of months amidst rumors of other upcoming Apple products…

A few weeks ago, Tim Cook was spotted at the Allen & Company Sun Valley conference, rubbing elbows with some of Hollywood’s biggest moguls. This sparked some speculation that the CEO was meeting with studio executives to continue working out content deals for the rumored Apple TV set.

These content deals, one analyst says, are what’s holding up Apple’s television. And due to tricky licensing, both in and outside of the US, it’s very possible that the so-called ‘iTV’ won’t launch for another two years.

Stuff.tv recently spoke with Giles Cottle, Informa‘s broadband content and online video analyst, who says that it would be a “massive burden” trying to etch out the necessary content deals to launch a tv set. Not only could this delay an Apple television until at least 2014, but it may also keep the product Stateside for an extended amount of time.

Of course, this is all hearsay at this point. But it’s not hard to believe that stalled content negotiations are what’s keeping Apple’s HDTV at bay. Just look at how long it took them to add Fox movies to iTunes in the Cloud.