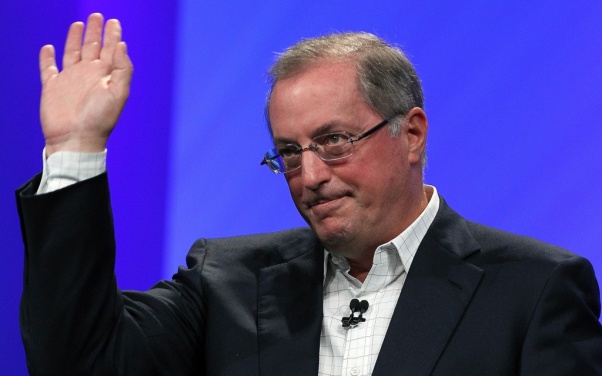 We have reached the end of an era. No, I’m not talking about David Beckham retiring. I’m talking about Paul Otellini stepping down as Intel’s CEO. He was at the company for more than 40 years, and was its chief executive for the better half of the last decade.

As part of his departure proceedings, Otellini sat down for a candid exit interview with The Atlantic. And while the whole thing is worth a read, there’s one part that is particularly interesting: when he talks about how he regrets not landing the iPhone deal…

Apparently, Apple approached Intel at one point and asked them to build chips for its original iPhone. But due to the uncertainty surrounding the handset at the time, and Apple’s unwillingness to budge on pricing, Otellini and team turned down the opportunity.

From The Atlantic’s Alexis Madrigal:

“But, oh, what could have been! Even Otellini betrayed a profound sense of disappointment over a decision he made about a then-unreleased product that became the iPhone. Shortly after winning Apple’s Mac business, he decided against doing what it took to be the chip in Apple’s paradigm-shifting product.

“We ended up not winning it or passing on it, depending on how you want to view it. And the world would have been a lot different if we’d done it,” Otellini told me in a two-hour conversation during his last month at Intel. “The thing you have to remember is that this was before the iPhone was introduced and no one knew what the iPhone would do…

At the end of the day, there was a chip that they were interested in that they wanted to pay a certain price for and not a nickel more and that price was below our forecasted cost. I couldn’t see it. It wasn’t one of these things you can make up on volume. And in hindsight, the forecasted cost was wrong and the volume was 100x what anyone thought.”

Otellini says that what he took away from the experience is that you should always follow your gut when making decisions. “While we like to speak with data around here,” he explained, “so many times in my career I’ve ended up making decisions with my gut.”

It’s interesting to think how differently things might look today if Intel had scored that original iPhone deal—particularly for Intel. Because here we are, six years later, and the company is still have trouble breaking into the smartphone and tablet market.

There’s been ongoing speculation that Intel is in the running to build Apple’s upcoming A7 processor. But we have little reason to believe that this is being discussed outside of the rumor mill.