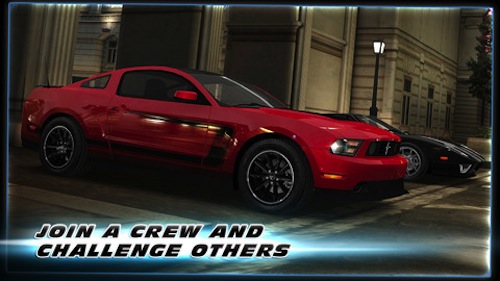 I never thought I’d be saying this, but we are now just a week away from the release of Fast & Furious 6. I don’t think anyone could have predicted the adrenaline-pumping street-racing hit of 2001 was going to blossom into a 6 movie franchise. But here we are.

As it seems customary these days, the folks behind FF6 have released a game to go along with the feature film. The 3D racer takes you through the mean streets of London, where you must race your way to money and respect. And it’s now available on iOS…

Here’s the official trailer for the game, which was developed by Kabam (they did The Hobbit: Kingdoms of Middle-earth):

Like Kabam’s other titles, Fast & Furious 6 is a ‘freemium’ game. That means that while the game itself is free, you will be frequently hounded to cough up money for in-app purchases. I don’t think it’s as bad in this game as it is in others, but it’s still annoying.

As for the game itself, the graphics are surprisingly good. They’re sharp and vibrant, and do a great job doing the insane lineup of cars justice. Gameplay is about what you’d expect from a movie sidekick like this—cheesy plot and movie cutaway scenes included.

JOIN THE FAST & FURIOUS 6 CREW
Take down an organization of lethally skilled mercenary drivers to earn respect as you drift and drag through the streets of London.

YOUR RIDES
Collect, customize and upgrade a slew of high end licensed vehicles that range from the classic 1970 Dodge Charger to the super cars of today – all featuring stunning graphics.

PULL OFF ONE LAST JOB, OR TWO
Earn big cash and unlock the next tier upgrades in heists with the Fast & Furious 6 crew

Fast & Furious 6: The Game is available in the App Store, for both the iPhone and the iPad, for free. It’s compatible with all devices newer than the iPhone 3GS, running iOS 4.3 or higher. The movie is slated to start hitting theaters around the globe on May 24.