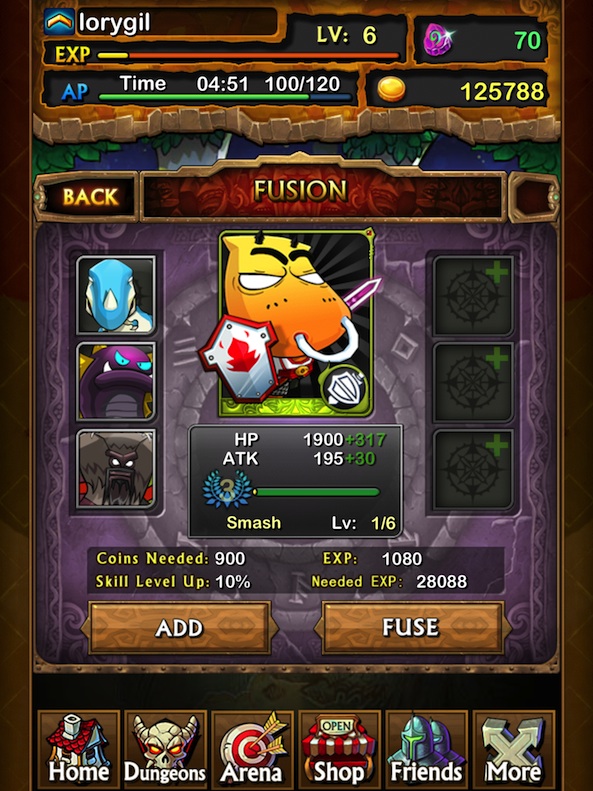 I’ve been playing World of Warcraft (WoW) since The Burning Crusade expansion launched in early 2007. While I would never consider myself a die-hard WoW gamer, I still have my subscription up to date, unlike 80 percent of my friends who never even bought the Mists of Pandaria expansion.

When I AM MT: Card Battle launched in the App Store, I was intrigued by the subtle WoW references; MT is a Tauren, you will battle in places like Silverfang against enemies like Wargs, etc. However, I didn’t realize just how closely associated it was with Blizzard’s most popular MMORPG…

I AM MT: Card Battle is a card collecting game (CCG) that incorporates card collecting, character leveling, and stats-based battling. The game is based on a popular Chinese cartoon that is actually based on the WoW storyline. Play as your favorite Horde class and defeat enemies in this peculiar dungeon crawl game…

The app is fairly busy looking. It is a little overwhelming. The Home screen lists your main team, plus buttons for different sections of the game, your level, your AP, (I don’t even know what AP stands for, but it is basically your energy bar), your rune stones and your total coins. There are also buttons for accessing the dungeon crawls, the Player Vs. Player (PVP) arena, the in-game store, your online friends, and more.

To see all of your heroes, that is the cards you’ve collected so far, tap the Heroes tab. There are more than 500 character cards to collect. Each one can be used as a team member and can be leveled up. Fuse them with other characters to create stronger stats.

To fuse cards, tap the Fusion tab. You can select a hero, add other cards to fuse with it, and then merge them together. All of the stats of the merged cards will be added to the hero’s base.

When you join a dungeon crawl, you will create and position your team. It is important to place stronger cards toward the front so that they can absorb the hits while the healers stay in back and cast healing spells. In a dungeon crawl, players fight against enemies in three waves. The final wave features the boss and his minions. 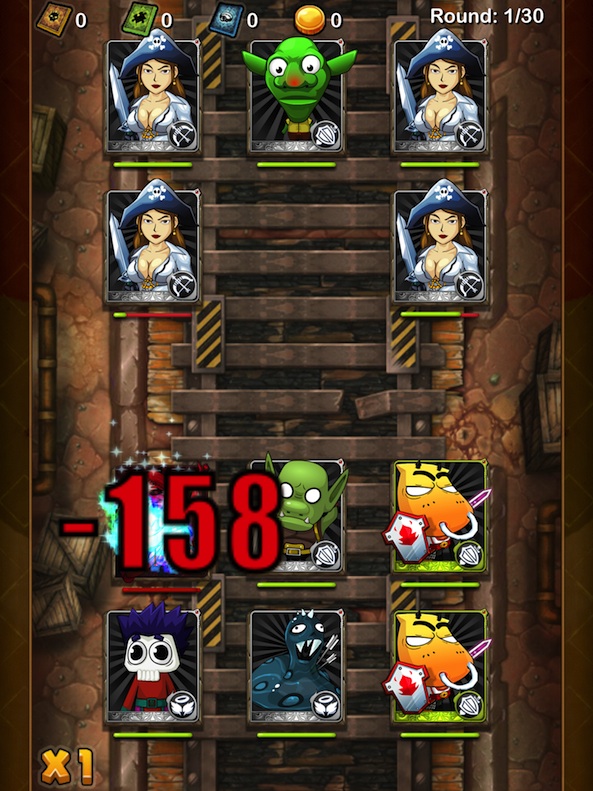 This game doesn’t really fit into any traditional genre. It is a card battle game, but doesn’t really use cards like you would in a deck building game. The heroes go into battle and automatically attack enemies. If they have better stats, they win. If not, they die.

The game starts with a basic tutorial where you will learn how to position your team, call on other players to help, and find loot like new character cards. Once you’ve learned the basics, you’ll be able to start battling on your own.

You can only have a maximum of five of your own characters on your team. You must also recruit one other player’s character to join your battle. This is not based on real-life interactions. It appears that you are teamed up with a real player’s card, but not with the player. The card simply goes with you into battle and helps you fight. You can invite the player to be your friend after the battle, but you don’t interact with a real person during this dungeon crawl sequence.

The goal of the game is to collect all of the cards and then level them up. You can exchange teammates and replay dungeons to level different characters. However, your main hero will always be on the team.

Every time you play a dungeon, you will earn experience points and gain loot that has dropped during the battle. Loot can be new character cards, armor, coins, and rune stones.

Once you’ve reached level 10, you can start piecing together card pieces that are dropped by four-star bosses. No card pieces dropped while I was playing so I was unable to participate in the “Synthesize” portion of the game. You can evolve certain hero cards. For example, the Tauren, MT, can evolve once he has reached a certain level. I never leveled any of my heroes high enough to take advantage of the “Evolution” feature of the game.

At level 30, you can join the academy where you can learn Leader skills. I only made it to level 11 by the time of writing this and do not know how the Academy works. The same goes for the PVP arena. Players must reach level 35 before they can join the PVP battle.

In the shop, players can summon runes to guarantee at least a three-star card drop, plus get chance to earn a card piece that can be used in Synthesize. You can also replenish your energy, buy additional card slots, and increase your friend limit. All of these purchases cost runes. However, players earn massive amounts of coins in the game. I had a quarter of a million coins at level 11, but only 190 rune stones. There doesn’t seem to be anywhere in the entire game to spend coins, so I’m not sure what the point of having them is. 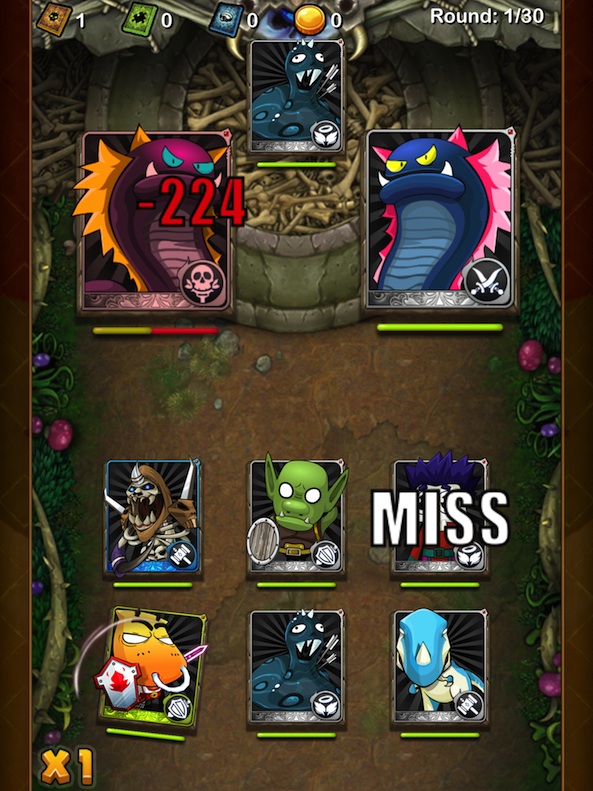 The game is very easy to play. The only thing you have to do is position your team, pick another player to join you, and fuse your heroes to level them up. You earn loot from going into dungeons, like new character cards, and you can sell armor and cards for gold. Once you hit level 35, you can compete against others in the PvP arena, which everyone loves.

It is difficult to figure out the point of this game. I realize that card collecting and character leveling is the goal. However, players don’t really do much to accomplish those goals. All you do is pick a team. The game uses character stats to determine the outcome of battles, which will always work in your favor if you keep your cards leveled up and in the right attack positions. The game doesn’t offer enough information about how to use the other features. For example, I have no idea how to Synthesize or even what the point is.

The game is free to download. I played for hours without needing to buy anything through the in-app purchase store. There are special things you can do, like summon a rune stone or buy additional friend slots, which will eventually require in-app purchases. However, I didn’t need them to play any portion of the game I had access to, so I am not sure what the value of in-app purchases would be.

This is a really weird game. I’ve played dungeon crawls, CCGs, MMOs, and all manner of RPGs and can’t seem to figure out the point of this game. I can say that, collecting new cards and leveling up heroes does get pretty addicting, especially when you can send your team into a dungeon crawl and only touch your device three times during the entire battle. If you are intrigued by my review, download the game and see for yourself. If the above information seemed confusing and uninteresting, then you know that this game is not your cup of tea. I AM MT: Card Battle is available for the iPhone and iPad. Download it for free in the App Store today.