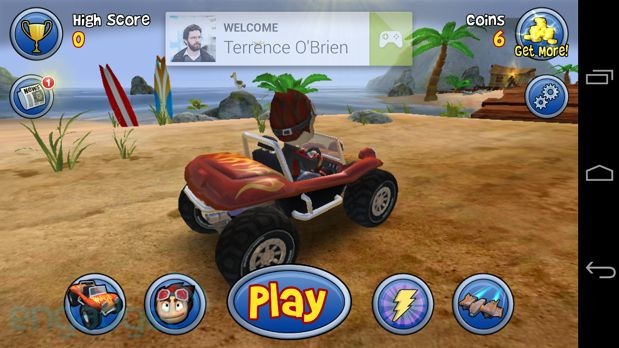 Google is in the middle of its I/O developer conference keynote right now, and so far it’s been pretty boring. There’s been no mention of consumer products yet, just some talk about developer API access and some new software and services.

Google will be providing the SDK for its new Game Services to both iOS and web developers, in addition to Android devs. This will enable them to integrate the service into their games, allowing for cross-platform player statistic tracking.

Engadget has the press release:

With game services, you can incorporate:

– Achievements that increase engagement and promote different styles of play.
– Social and public leaderboards that seamlessly use Google+ circles to track high scores across friends and across the world.
– Cloud saves that provide a simple and streamlined storage API to store game saves and settings. Now players never have to replay -Level 1 again.
– Real-time multiplayer for easy addition of cooperative or competitive game play on Android devices. Using G+ Circles a game can have up to 4 simultaneous friends or auto-matched players in a game session together with support for additional players coming soon.