A New York judge has thrown out a trademark lawsuit against Apple’s iBooks service. A sci-fi and fantasy publisher had claimed Apple’s use of the ‘iBooks’ mark would confuse consumers. In her ruling, U.S. District Judge Denise Cote wrote that Black Tower Press “offered no evidence” that consumers would misinterpret Apple’s e-book service as a book publisher. In addition Cote said the publisher’s image of a lightbulb emblazoned with the word ‘iBooks’ was distinctive enough to merit continuing the 2011 case…

GigaOM provides the following excerpt from Cote’s ruling (emphasis mine):

They have offered no evidence that consumers who use Apple’s iBooks software to download ebooks have come to believe that Apple has also entered the publishing business and is the publisher of all of the downloaded books, despite the fact that each book bears the imprint of its actual publisher.

While Black Tower purchased the ‘ibooks’ mark in 2006 from another publisher, it never obtained a registered trademark. Apple in 2010 purchased the ‘iBooks’ trademark after licensing its usage in 2009 from a company. 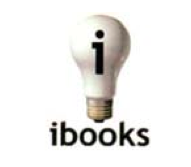 The company had employed the ‘iBooks’ mark in connection to a series of colorful computers, according to the report.

In early March, Apple announced its iBooks application was downloaded 130 million times. The trademark win is a refreshing change from a spate of court losses for Apple.

In April, the United States Trademark Office dropped its objection to the iPad mini trademark. The government agency had questioned whether the iPad mini bore enough differences to its full-size counterpart to qualify for a separate trademark.

Apple’s EarPod trademark was also recently challenged by a company manufacturing the HearPod aimed at consumers with hearing disabilities. The iPhone trademark has been challenged in both Mexico and Brazil, as well.