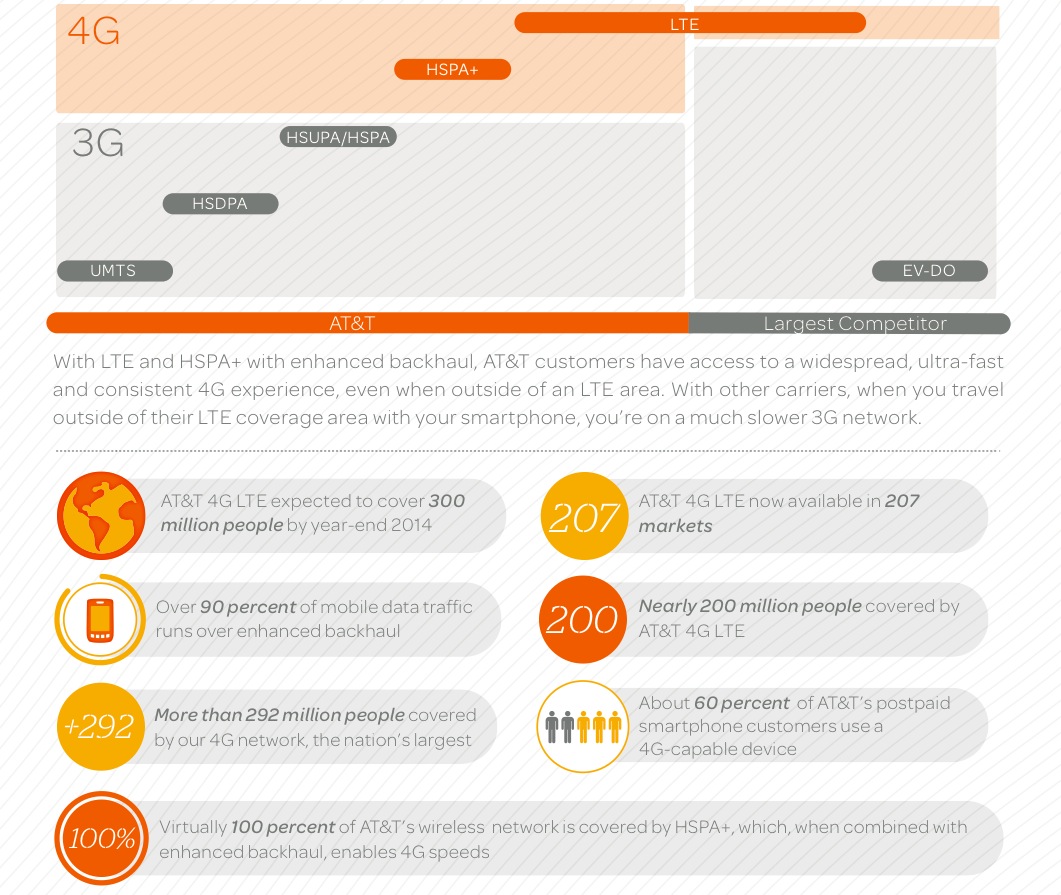 Having expanded its fourth-generation Long-Term Evolution (LTE) radio technology to include fifteen new markets (and four major U.S. cities before that), the U.S. wireless carrier AT&T has now expanded LTE coverage in five new markets. If you live in Manhattan, Kansas, Sedalia, Warrensburg or Missouri, AT&T’s LTE network should pop up on your LTE devices.

The company today also unveiled the AT&T Beam, a 4G LTE USB modem from Sierra Wireless with a built-in LCD screen. It will be available beginning May 10 from AT&T stores and online for $19.99 after a two-year contract.

The Dallas, Texas-headquartered company during the first quarter of 2013 activated 4.8 million iPhones which accounted for 80 percent of its six million quarterly smartphone additions.

Per Rootmetrics and Consumer Reports, AT&T’s 4G LTE network is the fastest and most reliable of all major U.S. telcos, but Verizon rules the LTE coverage game.