Consumer Reports, an influential U.S. magazine that has been reviewing products since 1936, is out today with its annual rankings of major United States wireless operators. And just like last year and the year before, AT&T again was ranked the worst in the United States in customer satisfaction. On a brighter note, AT&T’s 4G service garnered the least complaints from customers…

The survey, highlighted by PCWorld, complied rankings from over 63,000 reader responses, ranking Verizon Wireless the top carrier in terms of voice and data service quality, followed by Sprint, T-Mobile and AT&T. When it comes to 4G, AT&T leads the pack though Verizon has the most robust 4G network. 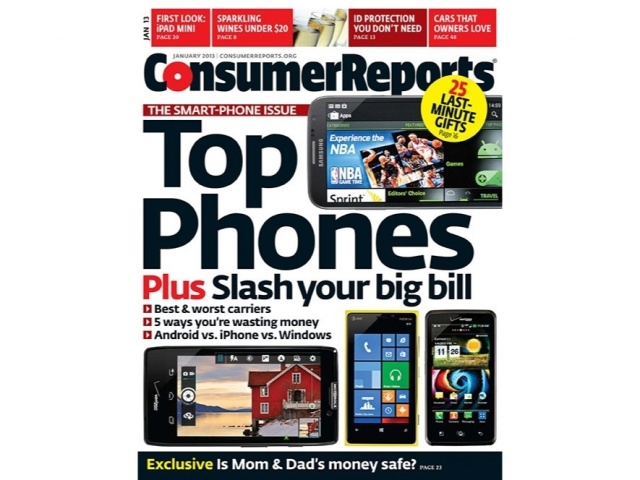 Consumer Reports also found that no-contract plans are getting more popular because they save people more than $20 a month. Carriers Consumer Cellular and TracFone are ranked best pre-paid providers for offering value and quality voice and text.

Some smaller carriers that scored respectably in our ratings and offer low-priced plans, such as Straight Talk and Virgin Mobile, now offer fairly sophisticated smartphones. And you can even save by switching a phone from a major carrier that’s coming off contract to a pre-paid plan.

It should be noted that the numbers vary depending on a region. For example, AT&T fares better in certain metropolitan areas than its rivals.

Consumer Reports will publish the full results in the January 2013 issue of the magazine.