It was inevitable. Since the infusion of Google Now into the official Google Search app, jailbreak developers have begun releasing Cydia packages to tweak how the app works.

StartToNow is one of the first such tweaks. It forces Google Now to be the first thing to appear when you launch the official Google Search app. More inside… 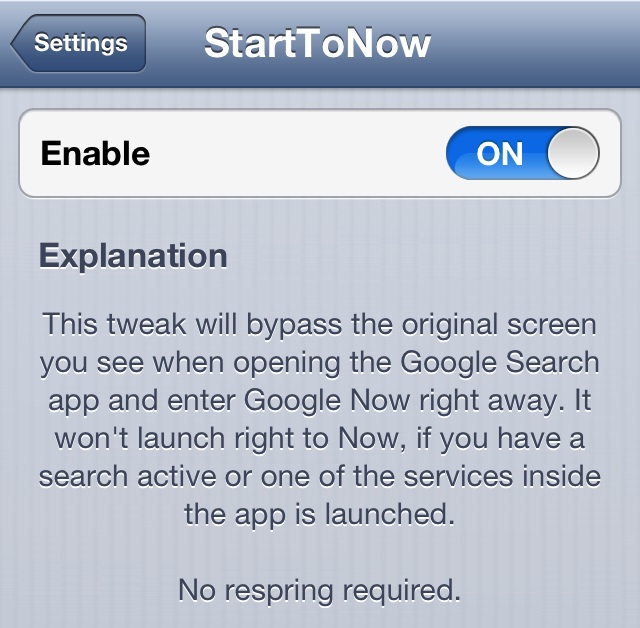 After installing StartToNow from Cydia, you’ll find a new preference panel for the tweak. This panel contains a simple on/off toggle for StartToNow, and it doesn’t require a respring to take effect.

To test StartToNow, I killed the Google Search app, enabled the tweak, and launched the app. As expected, the app launched right to Google Now, with location based cards in tow.

The developer notes that if you use a service or Google search,and switch from the app, then search or service will be the first item to display when switching back to the app. This feature seeks to maintain a cohesive search experience. If you kill the app, then Google Now will again launch first.

StartToNow is available on Cydia’s BigBoss repo, and it is free of charge. If you use it, let us know how your experience went in the comments below.