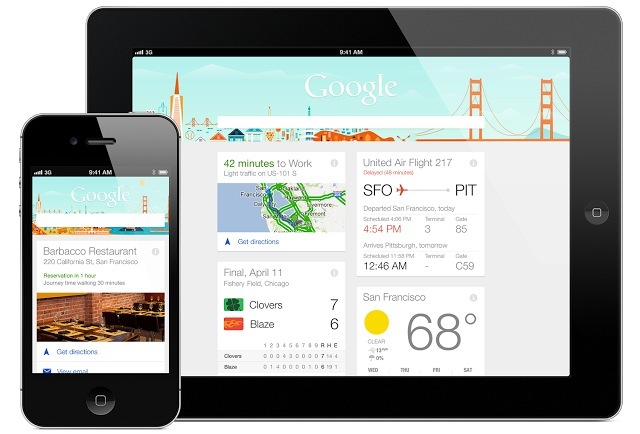 Boom, just like that Google has issued an update to its excellent Search app for the iPhone and iPad which enables some of the most popular Google Now features on the iOS platform. At least initially, Google Now on iOS devices doesn’t support some of the features Android users have come to love.

All told, 22 of the 29 card types found in Android have made their way to the iOS edition, including weather, traffic, transit schedules and sports scores. Also: Google Now doesn’t have Push Notifications, which makes the feature less useful than on Android, where Google Now can notify users via alerts of their upcoming appointments, changes to their flight schedule, weather and more.

Your promotional video, screenies and additional details are after the break…

The overall look and feel of Google Now on iOS is virtually indistinguishable from its Android counterpart.

However, Google Now on Android is more seamless due to its integration with Google’s mobile operating system, which includes accessing Google Now anywhere with an upward swipe, but also live-updating home and Locks screen widgets which, of course, are not supported on iOS.

According to AllThingsD, we should expect upcoming new Google Now Cards on Android first, “and then see them added to iOS later.” 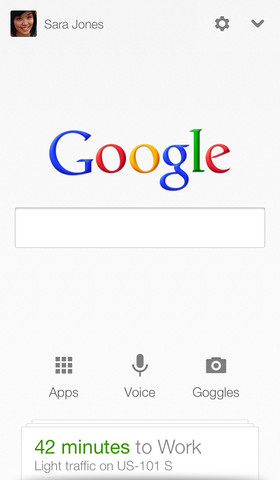 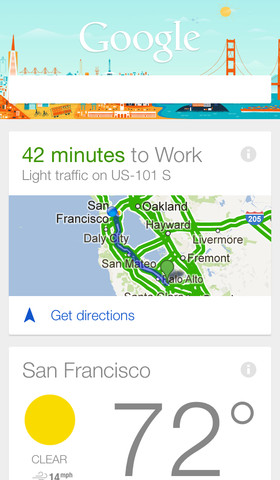 To refresh your cards, just swipe up. You must be signed in to the Search app with your Google Account to use Now features.

Google Now is about giving you just the right information at just the right time. It can show you the day’s weather as you get dressed in the morning, or alert you that there’s heavy traffic between you and your butterfly-inducing date-so you’d better leave now!

It can also share news updates on a story you’ve been following, remind you to leave for the airport so you can make your flight and much more. There’s no digging required: cards appear at the moment you need them most-and the more you use Google Now, the more you get out of it.

The app icon has also been slightly tweaked.

• get just the right information at just the right time with Google Now.
• weather and traffic conditions before you start your day
• updates on your favorite sports teams and breaking news stories as they happen

Check out more screenies below. 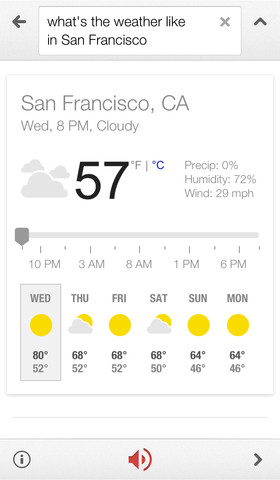 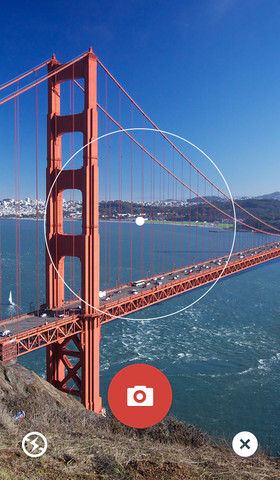 Google Search 3.0 is a free update from the App Store.

The Verge spent some hands-on time with the updated software:

Google Now will be able to display your next available appointment, but it will only pull that information from your Google Calendar, not the local calendar.

Google tells us that it will support the iOS background location feature, so that at least it won’t need to spend as long hunting for your position when you open up the Search app.

It also won’t use iOS’ notification system to push high-priority Now alerts as you can do on Android.

The location feature uses WiFi location only rather than GPS in order to conserve battery by recognizing entrance and exits from locations of importance, according to The Next Web.

This lets Now keep track of things like the route that you have to travel on your way to work in the morning, letting you know when the best time to leave would be to get there with current traffic conditions in play.

According to Google Now Product Management Director Baris Gultekin, push alerts are under consideration, but “they want to do it right without bombarding users with notices.”

The universal binary works natively on iPhones, iPod touches and iPads, requires iOS 5.0 or later and is optimized for the iPhone 5.

The application appears to resemble a seeming in-house promo video that leaked last month. When asked at the time to comment on the situation, Google Chairman Eric Schmidt suggested that “you’ll need to discuss [Google Now] with Apple.”

You can learn more about Google Now here.