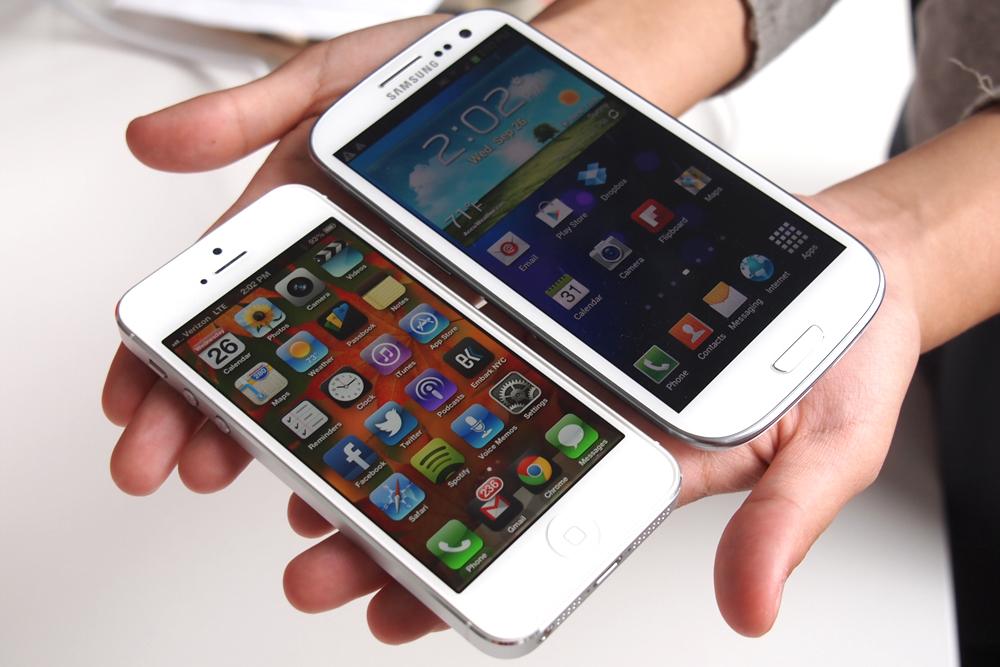 For some time, the mobile phone industry has been shifting toward more powerful smartphones and away from basic mobile phones. Now comes word that smartphones outnumber feature phones for the first time. The line was crossed in the first quarter of 2013 with 216.1 million smartphones shipping, accounting for 51.6 percent of all handsets sold. Smartphone shipments grew 41.6 percent during the quarter, up from 152.7 million units shipped during the same period in 2012, one industry research firm announced Thursday…

And as a result of the shifting consumer demand, “the balance of smartphone power has shifted to phone makers that are more dependent on smartphones,” Restivo adds. Indeed, we recently wrote how app usage is equal to the number of online laptop and desktops. 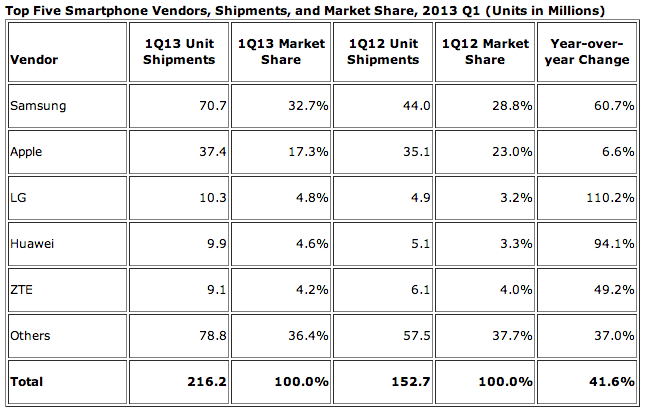 As if to make the point, Samsung held on to the top spot among smartphone makers, its Galaxy handset helping the South Korean firm ship more units than the next four companies combined, according to IDC.

Apple retains its No. 2 spot for global mobile phone makers, the iPhone 5 helping the company register its first single-digit year-over-year growth since the third quarter of 2009, the researcher said.

Apple has held onto the second place position for the previous five quarters. According to IDC, Apple’s smartphone mix is “increasingly diversified as it tries to reach new buyers.”

However, the last time the iPhone maker posted a single-digit year-over-year growth rate was 3Q09. The iPhone maker has held the second spot in the smartphone rankings for the past five quarters

To emphasize the changing guard, Nokia – once a mobile phone titan – continues to shed market share. The company fell to second place in overall mobile phone shipments, dropping to second behind Samsung. 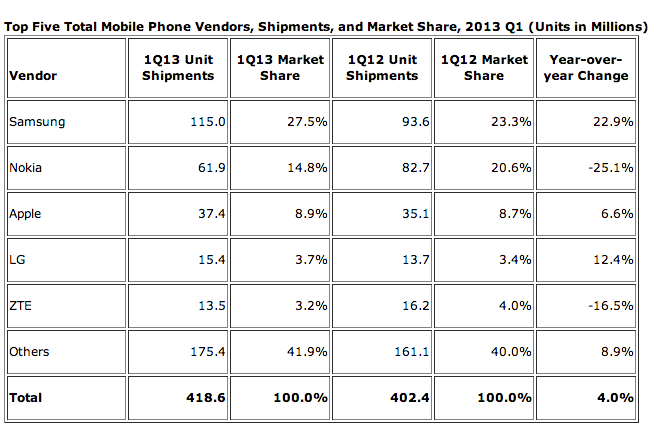 LG, which had fallen off the list of the top 5 smartphone makers, has returned in fourth place. The 12.4 percent increase of last year is credited to LG’s L series and Nexus 4.

The momentum has shifted to a number of China-based firms, which has used Google’s Android software to attract smartphone buyers.