A whooping 86 percent of quarterly Sprint platform postpaid handset sales were smartphones. Sprint described the 43 percent of iPhone sales that were to new customers as a rate “that continues to outperform larger competitors”…

According to Sprint’s media release, operating income came in at $29 million, which includes accelerated depreciation of approximately $360 million. Wireless service revenue of $7.1 billion was the highest-ever and increased nearly nine percent year-over-year. 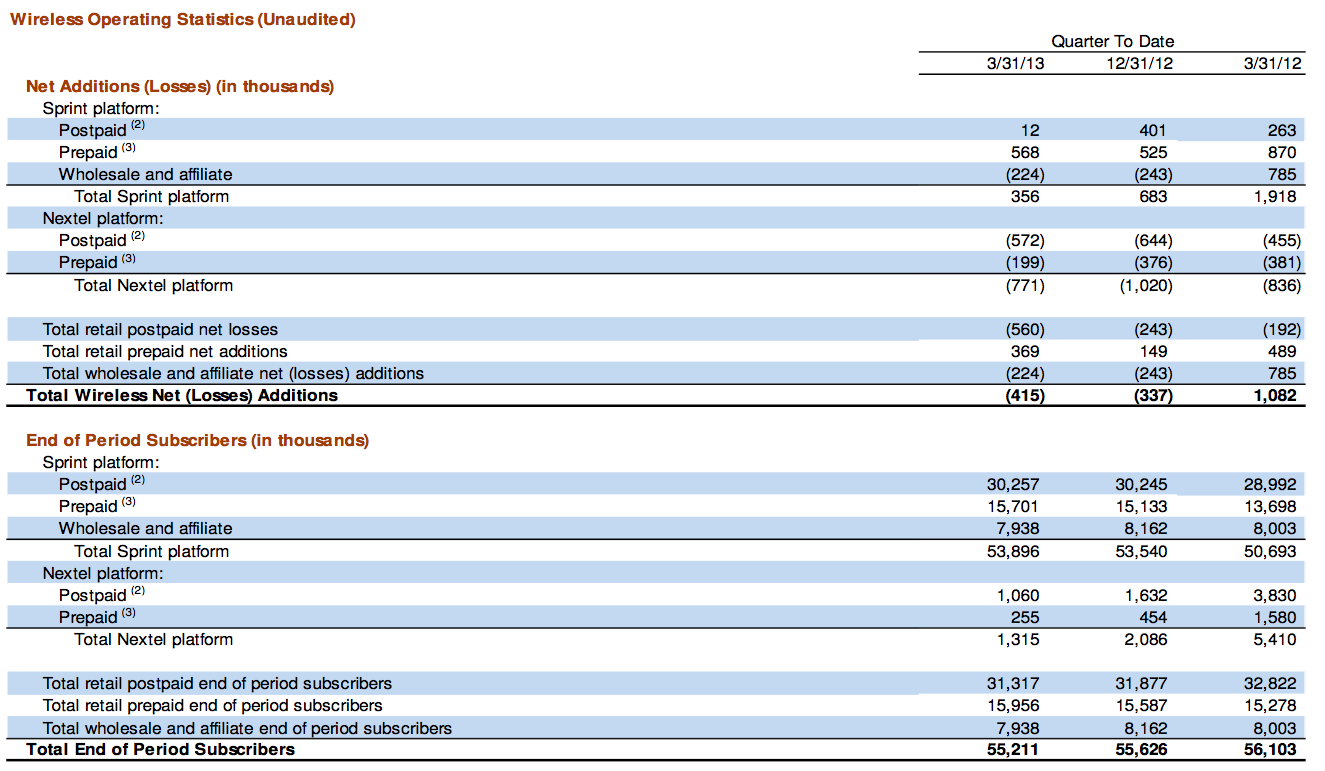 Operating income for the quarter was $29 million versus the $255 million loss a year ago.

The company attributed the flat $8 billion billion growth of consolidated net service revenues to the declines in Nextel platform and wireline revenues.

The firm’s subscriber base has reached its highest-ever level of 53.9 million customers, with the highest-ever total prepaid subscribers at sixteen million.

As for Sprint’s network expansion, the carrier says it’s on track to shut down the Nextel network at the end of the second quarter. The company has exceeded its target of 12,000 sites on air by the end of the quarter.

Sprint currently has more than 13,500 sites on air.

Just last week, Sprint announced 21 new LTE markets. The company launched its LTE network in July of 2012. As of April 18, Sprint’s LTE was available in these areas.

It’s also worth pointing out that through May 9, customers switching their number to Sprint from another carrier can save up to $100 on any smartphone with a new two-year service agreement and qualifying plan.