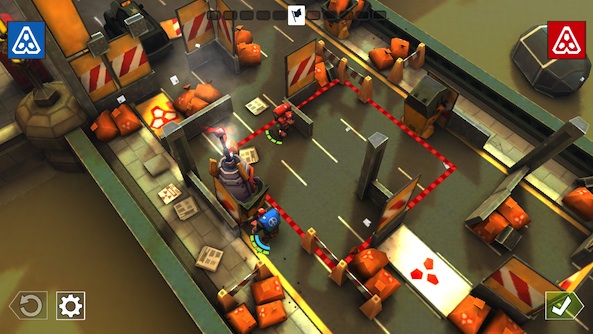 Nothing settles you in for the night more than a good old-fashioned turn-based strategy game. It is even better when you can compete against your self-righteous brother who thinks he is better at war games than you. OK, maybe I’m projecting a bit here. However, RAD Soldiers is an easy pick-up-and-play game with funny quips and cartoon graphics.

RAD Soldiers is a turn-based strategy game that puts you in charge of a team of fighters. Send them to the front line, or direct them to the shadows. Which ever you decide, remember that you have a limited number of actions before your opponent moves in. So, be sure to plan your strategy wisely…

The seasoned vets of RAD soldiers are cartoon warriors with oversized muscles and minimal communication. They remind me a bit of the miniature military men from Tiny Troopers 2. The graphics are colorful and rich, but maintain a simplistic element that keeps the whole theme lighthearted and fun.

Players must sign in by either creating an account with Warchest Limited or using their Facebook account. Once logged in, you can either play solo missions or compete against other online players. You will start off with a basic tutorial that takes a few minutes to get through. Then, it is up to you whether you compete against friends and strangers, or play alone in the solo campaign.

The game is based on the free to play model (also known as “freemium” or F2P), so there are a lot of things to buy and not a lot of money to earn. However, you can still play through this game without having to spend money. It just takes longer to get the upgrades and soldiers you need to create the most efficient squad. 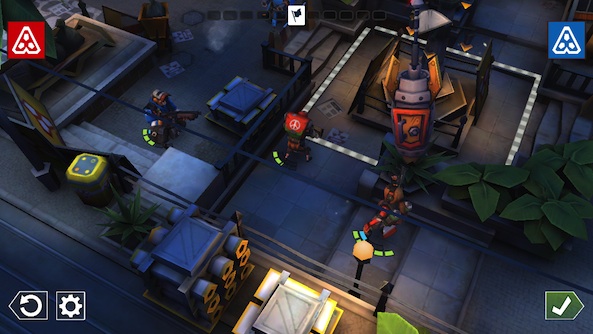 Once you’ve played the tutorial level, you will be directed to a map that allows you to play a solo campaign game or compete against someone else online. To start a solo game, tap on one of the locations on the map. To start a game with a friend or random real-life opponent, tap the “Online” button and wait for a connection.

You will start by choosing your team of soldiers. The game comes with one squad leader and one soldier. However, you can add one free additional soldier by adding your email address to your Warchest account. Additional soldiers are a minimum of 16,000 credits, so you should seriously think about ponying up an email address, even if it is a little-used one.

Each level has a specific goal. Protect your rocket for five turns. The way to do this is to kill the enemy before he has a chance to attack your rocket.

When you first start the game, you’ll be able to choose which special abilities your soldiers can use and pick the soldiers you want to bring into battle with you. Once in the game, each soldier performs a different task. You may have a tank-like soldier that has a lot of shield power and can take a hit, or a healer soldier whose job it is to keep the fighters on the front line. When you buy additional soldiers, be sure to create a well-rounded squad.

In the field, each soldier can move or fire on the enemy. He or she will have a limited amount of energy points that can be expended however you see fit. If you are well situated to attack an enemy, don’t waste time moving around. Start pumping rounds into your opponent’s soldiers. If you are far from the action, try to find the path that uses the least amount of energy points so that you can have some left over for battle.

After all of the soldiers have expended their energy points, tap the “End Turn” button and wait for your opponent to move.

The player who kills all enemies first wins the game. If you eliminate your opponent, you will earn extra coins that can be used to purchase upgradable weapons, additional armor, and new recruits.

When you play against a real life opponent, you will take your turn and then wait for the other player to take theirs. Depending on how well your opponent pays attention, you game could last a few minutes or a few days. You will earn additional experience points and gold when you compete against real life opponents. 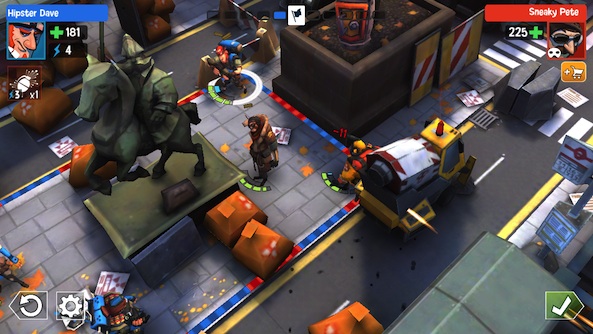 The gameplay is very entertaining. You can mix and match your soldiers’ abilities before starting each level, and build different teams, depending on the type of squad you would like to play.

The graphics are great and the game looks fantastic. You can get pretty far without having to spend money on in-app purchases. You can even replay levels for coins and experience points.

The online multiplayer mode is great for gamers looking to either prove themselves against friends, or annihilate a complete stranger without feeling bad about mopping the floor with him.

Because this game is F2P, there are a lot of things that cost a pretty penny and you probably won’t be getting them without forking over real cash for in-app purchases. It is nice that you can get fairly far in the game without feeling like your expensive upgrades are not enough. However, the good swag costs “RAD bucks” and those dollar bills are rare gems in this game.

On the iPhone 5, the controls lagged significantly and I had a hard time selecting the move I wanted to choose. For example, I might want to throw a frag grenade, but instead, I’d accidentally select a square to move the soldier to. I suspect that this issue is specific to the iPhone’s smaller screen and would not be a problem on the iPad.

The game is free to download, which should probably tell you that it will cost you plenty in in-app purchases. If you are patient, you can play the entire campaign mode without paying real money for upgrades and recruits. However, playing against real life opponents can be difficult when they enter the battle arena armed to the teeth with turrets, while you are still sporting your noob squad.

If you don’t mind dropping a couple of bucks on RAD Soldiers for in-app purchases, this is a very fun turn-based strategy game. Even if you brave the online arena, you can still eliminate your “pimped out” opponent if you plan your strategy and have a well-rounded team of soldiers on your side.