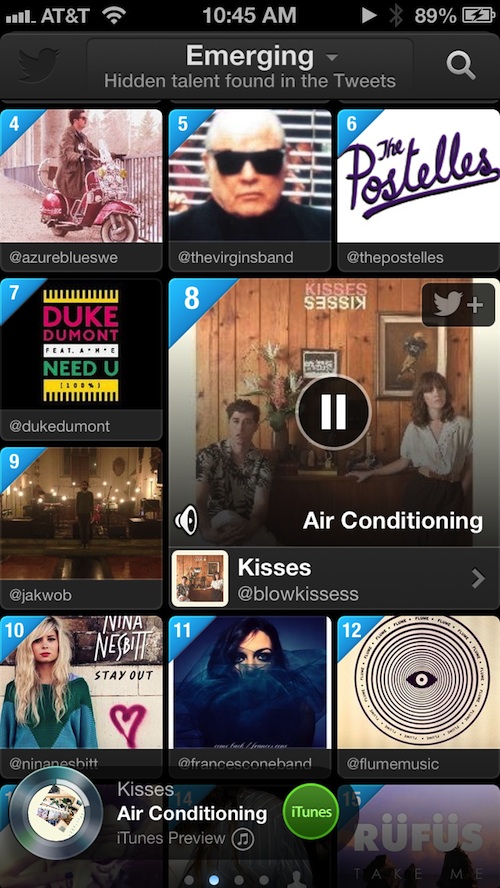 Hashtags. Most people didn’t know what they were five years ago. Now, they are being used in the name of apps like they are part of our daily vernacular. How do you say the name of Twitter’s new music discovery app anyway? Is it called “Twitter music” or “Twitter ‘Hashtag’ music”? Because I am not saying “hashtag.” No way. No how.

Why, you may ask, am I talking about hashtags? Well, because the bird-branded social networking site recently launched a music discovery app called Twitter #music (note the hashtag) that allows users to follow other music fans to help discover what is hot and new.

Twitter #music is an app that aggregates new songs, albums, and artists that are trending on Twitter. You can listen to tracks, retweet your favorites and buy songs on iTunes. You’ll never be left behind in the music world now that you can stay on top of the most #popular #bands…

The app has a very clean user interface with subtle gray background tones. The trending music is presented like record covers on a grid that you can view by scrolling down. There are four sections for music discovery. You can access different sections by swiping from right to left across the screen. You can also access all sections from a dropdown menu at the top of the screen.

To playback music, you can either tap the “Play” button at the bottom-left side of the screen, or tap the controls to bring up a larger playback screen that looks like a virtual compact disc.

You can also listen to full audio tracks of your favorite artists through Spotify or Rdio. However, you must have a premium account with either service in order to take advantage of full-length tracks. 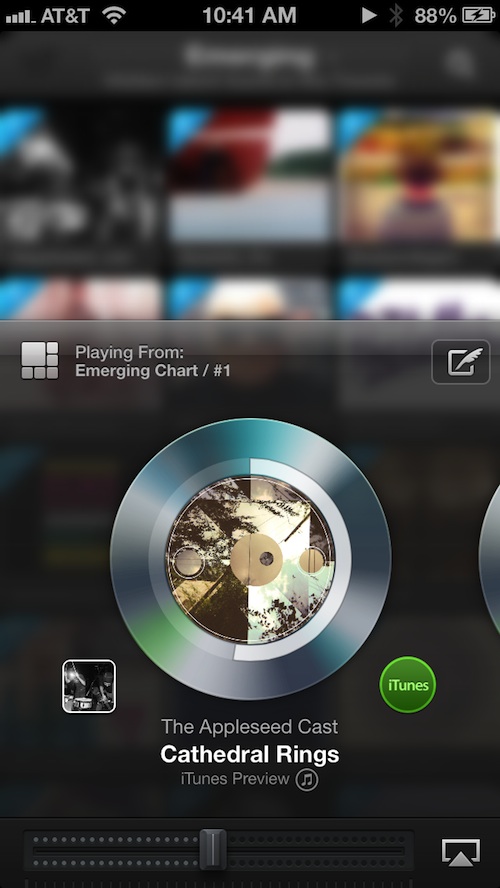 It is remarkably easy to get lost in the music with this app. Tap here, tap there, and suddenly, you are deep in the recesses of an indie pop artist’s Twitter feed, trying to figure out how you got there. It is easy to follow the trail of artists you love and end up finding out about the artists they love. It reminds me of the first time I watched videos on YouTube. First you are watching one clip, and then you see something related that looks interesting. Before you know it, you’ve wasted the last three hours looking at cats.

When you first open the app, you will be directed to the “Popular” section. This includes new music that is trending on Twitter. This section features 140 artists, listed by their Twitter account name.

The next section is for “Emerging Artists” which is labeled as “hidden talent found in the tweets.” These will be artists of a more independent nature. This section also lists 140 artists by their Twitter account name.

The third section is the “Suggested” section, which shows you music based on artists that you follow, as well as artists that they follow. I have never followed an artist on Twitter before, so I was unsuccessful with generating anything from this section. Even after I started following artist in Twitter #Music, nothing came up for me.

The final section, “#Now Playing” (don’t know why there is a hashtag there) shows you all of the artists that people you follow have tweeted about recently. Because this app is brand new, I only had a couple of songs in this section, but I can see how this will eventually become a big hit for social networking with music. It’s like the “Ping” that Apple couldn’t figure out how to do right.

If you like a song that you are listening to, you can tap on the artist’s image to see other artists that they are following.

While I like what this app has to offer, I do have a few complaints. It feels confused and disheveled. I did not have a pleasant music listening experience. I felt rushed and busy, like I was shopping for records with a five-year-old that had to go to the bathroom. If I had a premium Spotify or Rdio account, this would probably make the overall experience feel less rushed. But as it stands, I felt anxious and disoriented.

Only being able to listen to 15-30 seconds of a song doesn’t give me enough time to really hear the music. Plus, if you start listening to a track and decide to check out whom the artist is following, the next song starts playing before you get a chance to see their account.

I’d really like to see the ability to shut off the automatic playback of the next song in a future update. Especially because the app doesn’t adjust to the section you are in. For example, I may be listening to songs in the Popular section, and decide to check out an artist’s feed. Instead of switching to automatically play music in this new section, the app continues to play songs from the Popular section. 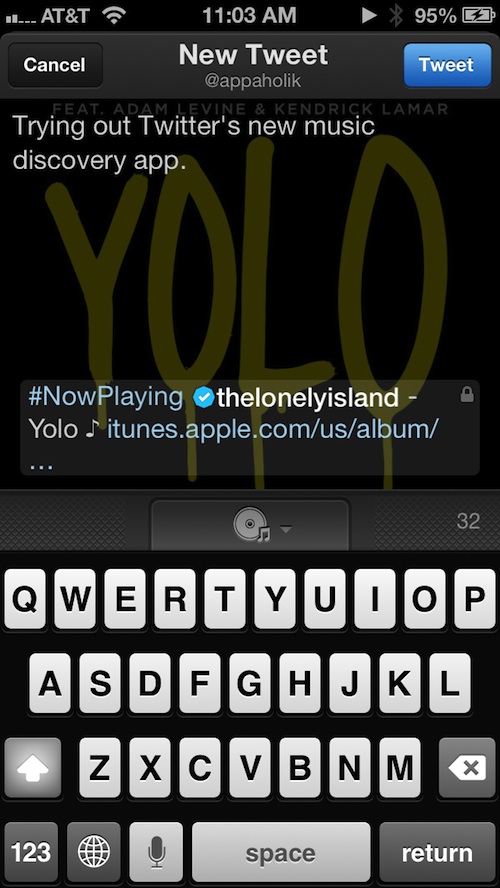 The app is free and a great way to discover new music. If you already follow a number of artists, this will be even more valuable to you. Twitter users will have a great time rummaging around in the proverbial record store that is Twitter #music

As a music discovery app, Twitter #music does its job well. There are more artists out there, tweeting their wares, than you could possibly imagine. As a music listening app, I found it to be chaotic and somewhat hectic. Users who have a premium subscription to Spotify or Rdio may have a better time with it since they can listen to full tracks of songs. I think there are a few features that need work in order for it to appeal to audiences outside of the Twitter universe.