T-Mobile kicked off sales of Apple’s popular smartphone by airing its first iPhone ad yesterday evening. The ice-breaker commercial is part of the reportedly massive nationwide campaign, with print and digital ads to follow soon after. While the carrier did not release the official first-dale sales data at press time – and probably won’t until its next earnings report – its marketing honcho did bother taking to blogs to say T-Mobile saw “gangbusters” opening, whatever that means in terms of hard data.

Be that as it may, the addition of T-Mobile, the nation’s fourth-largest wireless carrier, to the list of US carriers selling Apple’s handset is bound to improve Apple’s bottom line. Any iPhones T-Mobile sold won’t be reflected in Apple’s second fiscal 2013 quarter, which ended last month. The Cupertino company announced it will be releasing earnings on April 23…

Today has been gangbusters for T-Mobile. We experienced lines out the door this morning at nearly all of our almost 3,000 stores nationwide. 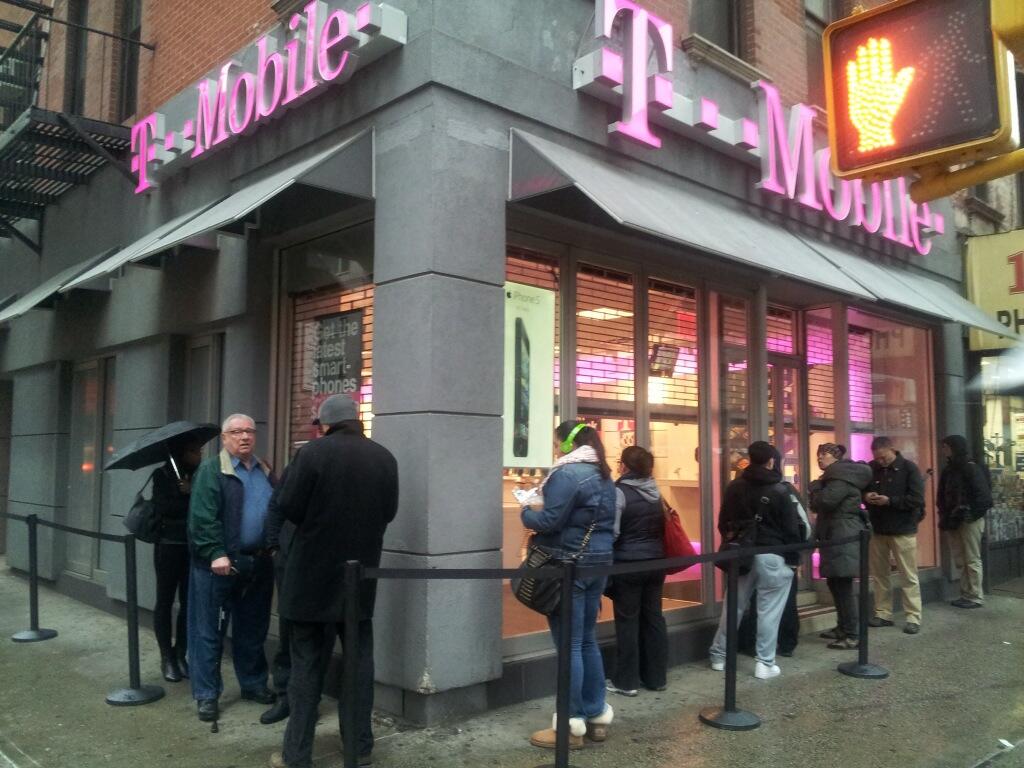 An actual line at a T-Mobile store. Image via Walter Piecyk, wireless analyst at BTIG.

More units have likely arrived earlier in the day.

At these rates, a full price iPhone is actually cheaper at T-Mobile than it is at the Apple store.

T-Mobile’s new Simple Choice Plan offers unlimited talk, text and web, with upgrades including unlimited data (an extra $20), a second line (an extra $30, or $10 a month for each additional line) and more.