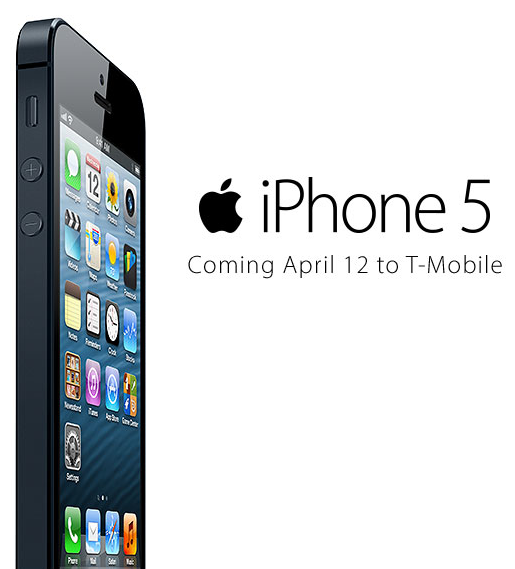 A well-informed publication has published some interesting details regarding T-Mobile’s upcoming iPhone launch due on Friday, April 12. The Deutsche Telekom-owned carrier is said to be pulling out all the stops with a massively aggressive advertising blitz as plugged-in sources claim that  T-Mobile made a major ad buy between 8:35 and 8:40 local time tomorrow evening.

And internal documents suggest that the carrier is dispersing at least 240,000 iPhone 5 units to company owned-retail stores for Friday morning. The carrier also confirmed the HTC One will be “coming soon” for $99 down payment and confirmed May 1 availability of the Galaxy S4 on May 1, but Apple watchers will no doubt be focused on first-day iPhone sales…

As for availability overall, existing customers can buy one iPhone device per phone number in a 14 day period, regardless of full price or with EIP. Non T-Mobile customers can buy iPhones at the “Phone Only price” and are limited to two iPhone 5 devices per transaction.

Looking at several pages of internal documents the publication posted, T-Mobile’s iPhone 5 variant will support both HSPA+ and LTE on the AWS bandwidths. 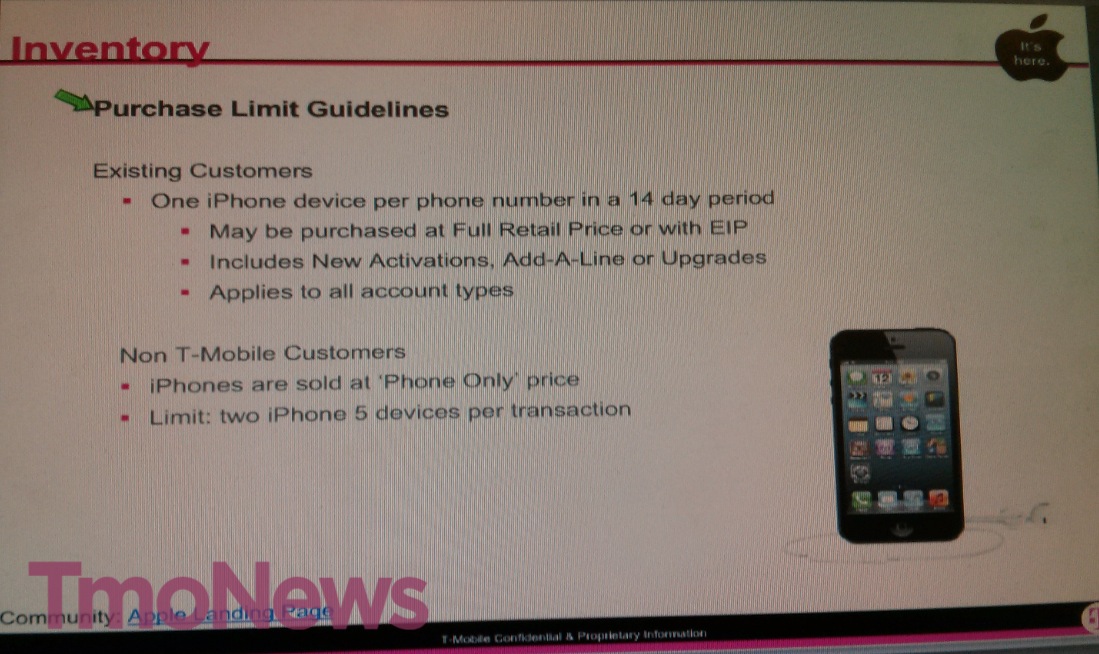 Moreover, demo units should arrive today. Earlier in the week, the telco started rolling out a carrier bundle which enables network-specific features on the unlocked AT&T iPhones already hosted on its network, such as Visual Voicemail, HD Voice, LTE and more. 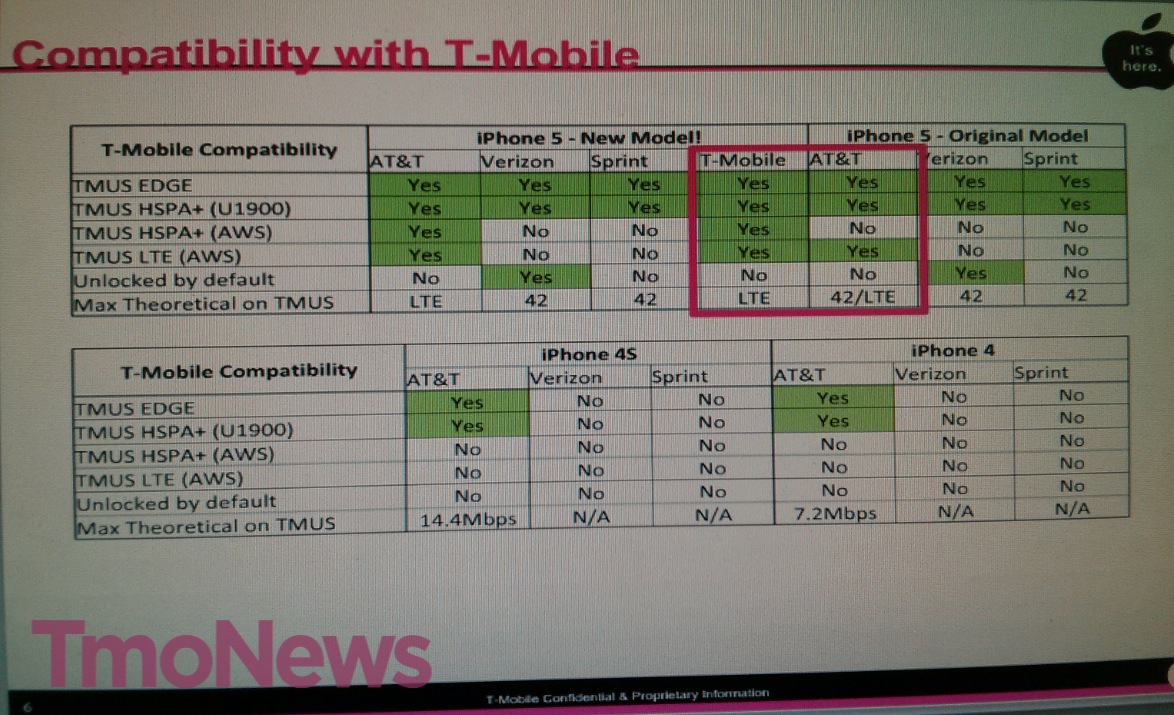 As indicated before, T-Mobile will be encouraging people to buy the iPhone 5 by leveraging its device trade-in program on the iPhone 4/4S to offset out-of-pocket costs.

T-Mobile has also stepped up the game with a new Simple Choice Plan which offers unlimited talk, text and web, with upgrades including unlimited data (an extra $20), a second line (an extra $30, or $10 a month for each additional line) and more.

So, who’s standing in line tomorrow?