Are you ready for faster wireless speeds? How about better range? If so, then you’ll be happy to hear that new evidence shows that Apple is implementing 802.11ac support into its latest version of its desktop OS.

The OS X 10.8.4 beta release, that we told you about earlier, contains code not contained in previous versions of the OS. This code suggests that Apple is adding Gigabit wireless support, which is also known as 802.11ac, to future Mac hardware. 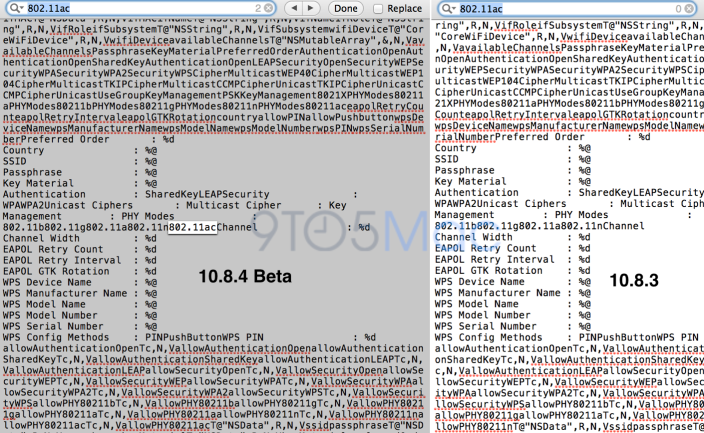 The evidence, first noted by 9to5Mac, shows the difference between code found in the latest OS X beta and the current public version of OS X — 10.8.3.

Of course, you won’t benefit from the faster speeds and wider range that Gigabit wireless brings to the table until you upgrade your network infrastructure (think wireless router) to one that is capable of talking to 802.11ac clients. It’s highly probably, then, that Apple will update its AirPort Extreme wireless router with support for the faster wireless standard.

Would you consider upgrading your hardware to reap the benefits of 802.11ac?