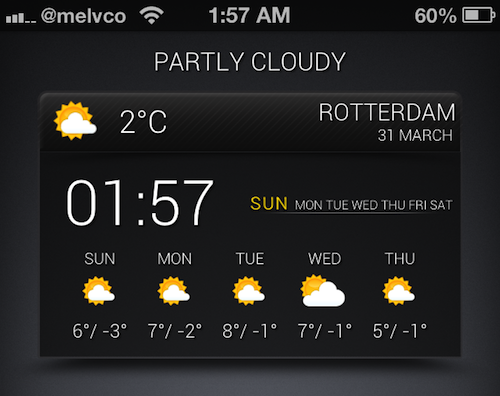 Folks who are fans of the LockHTML jailbreak tweak will be happy to hear that version 2 is now available. The tweak, which is developed by Busche, hit Cydia last week with new code, new features and a number of improvements.

For those unfamiliar with LockHTML, it is (was?) a jailbreak utility that allows you to customize the appearance of your Lock screen with a clock-hider and themeable HTML widgets. And version 2.0 adds a host of new options…

Those new options include the ability to hide, in addition to the clock, the ‘Slide to Unlock’ label, the LockBar image—which is the image behind the slider—the gradient black slider image, and the camera grabber. And there’s many more.

The tweak also allows you to show the time in the Status bar, as well as the dynamic battery graphic that shows up when your phone is charging, whether it’s really charging or not. You can even pick where the battery is located on the screen.

But LockHTML 2’s main attraction is its ability to display HTML widgets. It only comes with one, a weather widget called LS Air (shown above). But developers will be able to create third-party widgets, which could be huge if it gains any traction. 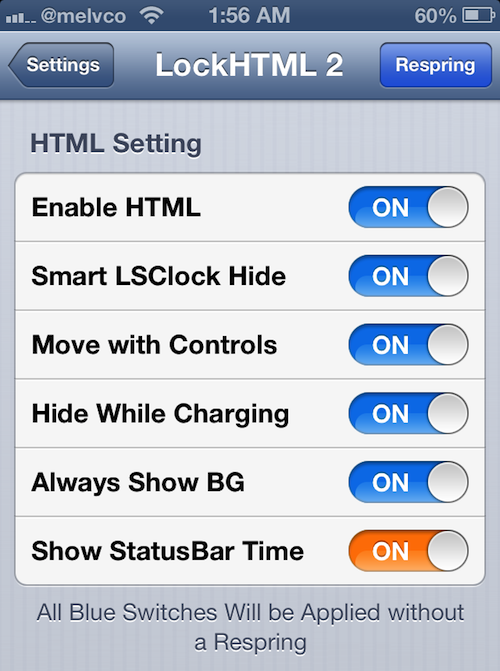 All of these options can be configured from the Settings app, except for weather location. For that, you’ll have to pop open iFile and navigate to /var/mobile/Library/LockHTML/theme/. Find the Settings file, and change the zipcode to yours.

I must say, it feels like this tweak has a lot of potential. I’d get it just for the custom Lock screen settings, but the widgets look pretty sharp too. It’d be cool if devs took to something like this like they did the Notification Center when it first came out.

Anyway, if you want to check out LockHTML 2 for yourself, you can find it in the ModMyi repo for $0.99.

Have you tried LockHTML 2 yet? What do you think?