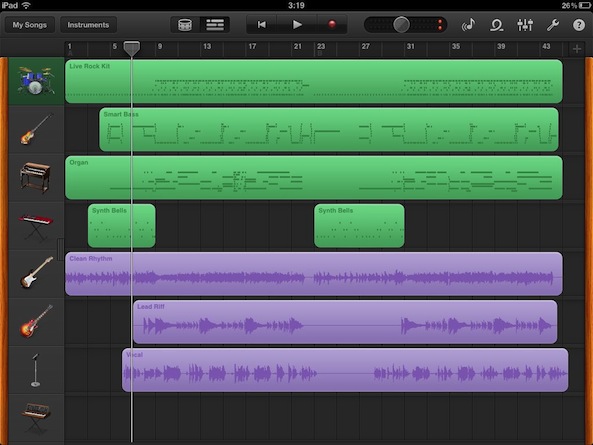 This is pretty interesting. Apple has updated its GarageBand for iOS app today with support for Audiobus—a third party app that allows you to connect multiple audio applications together to create an entire digital studio.

You can use Audiobus to play music from a synthesizer app, and record it live into a looper or multi-track recording app, all from your iPhone or iPad. And now, with today’s update, GarageBand can get in on the fun…

And a little demo video for those of you who are still unclear about what Audiobus does:

The GarageBand update comes just hours after Audiobus announced that its developer SDK, previously only offered as a private beta, is now available to the public. It’s free to all iOS devs, and is supported by more than 100 apps.

It’s an interesting move for Apple because the company isn’t in the habit of taking a third-party API and implementing it into its own software. And given the capabilities that Audiobus offers, it’s nice that they’ve made an exception.

GarageBand for iOS is a universal iPhone/iPad app, available in the App Store for $4.99. It requires an iPhone 4S, iPod touch (5th gen), iPad 2 or later. The Audiobus app is also universal, in the App Store, and will cost you $10.49.