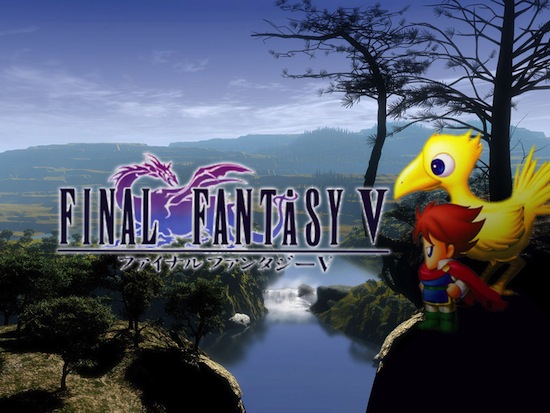 Good news Final Fantasy fans, a new report is out this afternoon claiming that the highly anticipated iOS port of the popular RPG’s fifth episode will be happening in the not-so-distant future.

Famitsu is reporting that Final Fantasy V is set to hit iOS and Android devices in Japan by the end of the month, with launches in the United States and elsewhere expected shortly after…

The news shouldn’t really surprise anyone, given the fact that all four previous versions of Final Fantasy have been ported to iOS. And then there’s this Final Fantasy IV trailer from last December:

It was believed, at the time, that this game trailer featured a cryptic message from Square Enix about a future iOS port of Final Fantasy V. And the publisher later confirmed the title would hit in 2013.

FF V was originally released in Japan for the SNES in 1992. But it didn’t land in the US until 1999 as part of the Final Fantasy Collection for PlayStation. It was later ported to the Game Boy Advance.

It’s not clear yet which version of the game will make it onto iOS, but it sounds like it’s going to be expensive. Word is that the Japan version will cost 1,800 yen, which is roughly $19.00 in US Dollars.