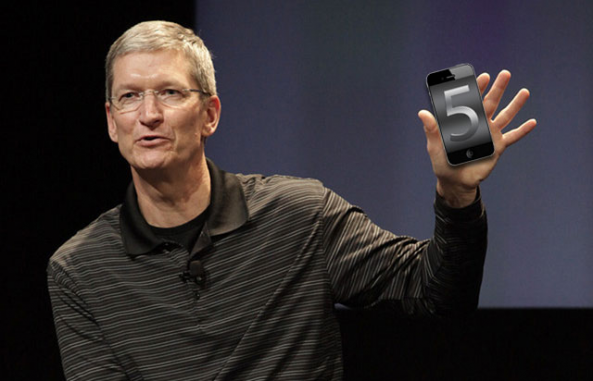 It’s uncertain what caused it, but the first cracks are appearing in the honeymoon between Apple CEO Tim Cook and company employees.

After being named the top CEO of 2012, Cook slipped to 18th place, behind Google and Amazon. According to employment site Glassdoor, Apple employees gave Cook a 93 percent approval rating, down from 97 percent last year.

By comparison, Facebook CEO Mark Zuckerberg jumped 14 points to land in the top spot for 2013 with a 99 percent approval rating from employees of the social networking giant…

Google CEO Larry Page retained the 11th spot as the Android-powered smartphones from Samsung put serious pressure on the iPhone. Online retailer and Kindle-maker Amazon.com rose to the 16th position as CEO Jeff Bezos received 93 percent approval, up from 80 percent in 2012.

These numbers are according to this year’s Glassdoor survey of more than 500,000 employees. Note there’s some room here for various interpretations because the Glassdoor list is based entirely on employee feedback shared during the past year. 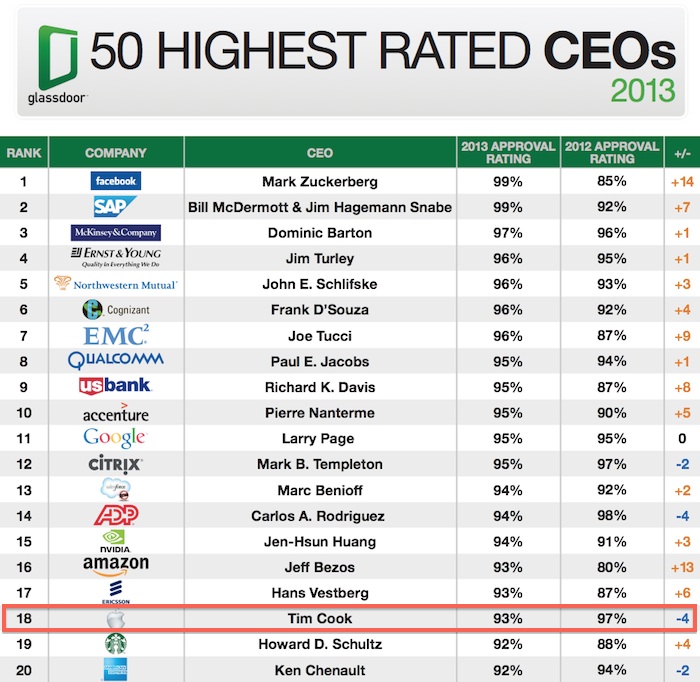 After being named CEO in 2011 after the death of Steve Jobs, Cook was viewed as an executive who knew his way around Apple’s legendary supply chain. However, in 2012, missteps in the iPhone 5’s production caused some observers to question Apple – misgivings heightened by Wall Street concerns that translated to lower stock prices.

In contrast, Google has been relatively unscathed as South Korea’s Samsung became the poster child for Android’s increasing lead over iOS. However, it is not too late for Cook to wrest the spotlight back to Apple.

Along with a much anticipated iPhone 5S and so-called budget iPhone (both in colors), there is expectation the company will also unveil a number of other products this year, like a standalone TV set or perhaps an iOS-driven smartwatch affectionately dubbed the iWatch.

Also, as 2012 came to an end, FierceWireless called the CEO the most powerful person in the wireless industry.