A petition to keep Google Reader alive, available at Change.org, already has more than a hundred thousand signatures. After the Internet giant Tuesday shocked the tech world announcing it will discontinue the service after July 1, 2013, the petition crossed 50,000 signatures in less than 24 hours as Reader die-hards scrambled to keep the web app alive. While the decision to axe Reader might actually revitalize the industry, Google refuses to change its mind, Friday news reports indicate…

Asked to comment on the petition, a Google spokesperson told The Next Web:

We’ve given an overview of our reasoning and plans on our blog posts on the Official Google Blog and the Google Reader blog, and we’ll be communicating directly with our users as we make these changes.

It’s safe to conclude that Google at this point isn’t keen on reversing its decision.

We launched Google Reader in 2005 in an effort to make it easy for people to discover and keep tabs on their favorite websites. While the product has a loyal following, over the years usage has declined.

So, on July 1, 2013, we will retire Google Reader. Users and developers interested in RSS alternatives can export their data, including their subscriptions, with Google Takeout over the course of the next four months.

“These changes are never easy,” Google argued. “But by focusing our efforts, we can concentrate on building great products that really help in their lives.”

The Google Reader team was surprised, to say the least:

There are two simple reasons for this: usage of Google Reader has declined, and as a company we’re pouring all of our energy into fewer products.

We think that kind of focus will make for a better user experience.

“We know Reader has a devoted following who will be very sad to see it go,” the team added “We’re sad too.”

You must have seen the outrage over Reader’s demise on Twitter and blogs. 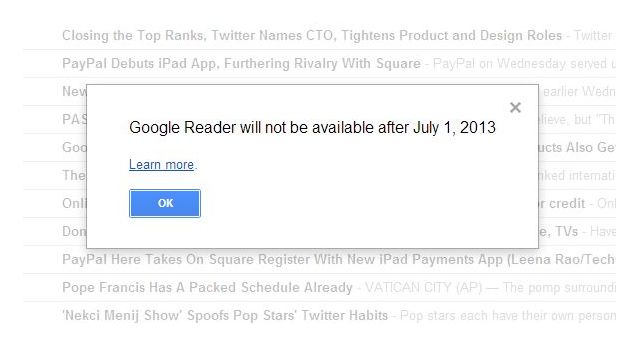 My favorite rant is Chris Ziegler’s write-up for The Verge, titled “Google, don’t turn off Reader. Signed, The Internet.”

That headline says it all.

Luckily, there are plenty of alternatives to Reader, ten of which Cody outlined in his post.

We are also hearing that both Zite and Digg are working on their own Reader replacement software, and other developers are bound to follow suit.

If your news gathering process revolves around Flipboard, here’s how to import all your feeds into that application. 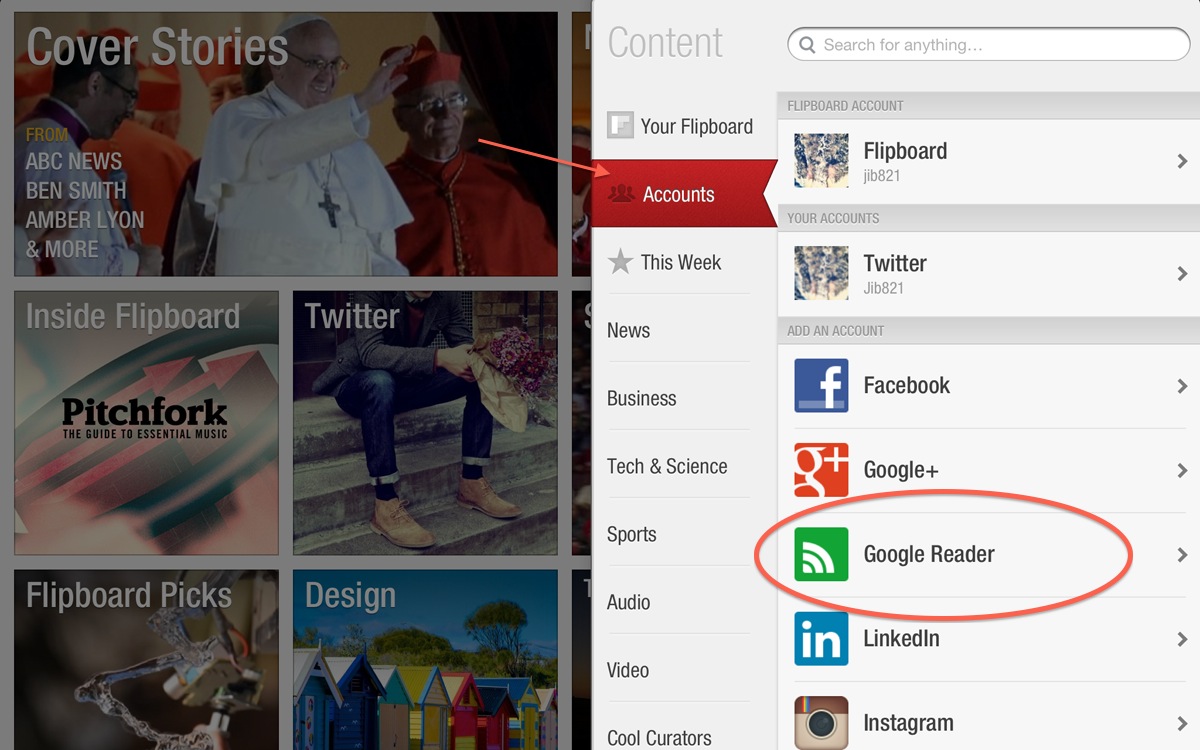 What the company seems to be forgetting is that all sorts of apps by third parties depend on Reader APIs. When Google Reader came along, the team over time rolled out a nice set of APIs that extend the web app’s functionality with such popular features as read/unread status, stars and folders, saved articles and more.

These capabilities are available to other RSS clients that use those APIs. As such, Reader’s demise threatens to send RSS to the technology graveyard. Some even speculate this was Google’s agenda as it continues to shove its Google+ social thing down our throats.

If anything, killing Reader has damaged Google’s reputation.

Google should at least take a long and hard look at the fact that the same number of people signed the petition to keep Reader alive as those who pledged to keep cell phone unlocking legal.

The petition might or might not cross the one million mark, but that’s beyond the point. What matters right now is that with the Reader shut down, Google’s corporate culture is being put to the real test.

The search monster prides itself with listening to its users and respecting their feedback. We shall see what’s more important to them: a few bucks saved or long-term user satisfaction.