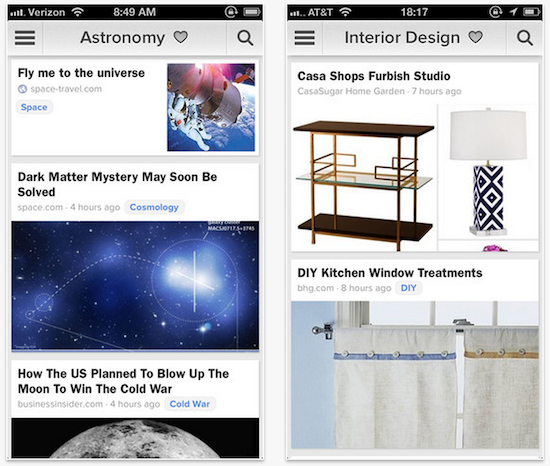 Since Google announced earlier this week that it would be shutting down its Reader service this summer, we’ve seen no shortage of other companies step in to try and fill the void. Seriously, we made a list of them.

Today, Zite—the popular news magazine app—has announced that it’s joining the fray. It says that it’s built a viable replacement for Reader that does not utilize Google’s infrastructure, and it’s ready to use today…

Here’s the announcement from Zite’s blog (via MacRumors):

“We at Zite were sad to hear about Google Reader’s impending demise.  Google Reader and Zite have always been complementary products: GR providing news from sources you’ve subscribed to manually and Zite giving you news algorithmically-targeted from the whole web.

Since Google Reader is dying, we created a replacement in Zite that doesn’t depend on Google’s infrastructure.”

The team says that it built their Reader replacement in just six hours, and it’s ready for Zite users to start taking advantage of today. To do this, open the Zite app and link your Google Reader account in the Explore tab.

Keep in mind that this isn’t a perfect solution though, there are some limitations:

Not to worry though. Zite says it’s committed to building out its functionality. “We’re excited that we’ve been able to build something so quickly for disgruntled Google Reader users and look forward to adding more features.”

Zite was chosen by Apple as the number one iPad news app of 2011, and it launched on iPhone later that year. It’s a solid app for reading through your RSS news feeds, and may be a good alternative for you to Google Reader.

Unfortunately, there’s no web app. But it is available for Android, iOS and Windows Phone.