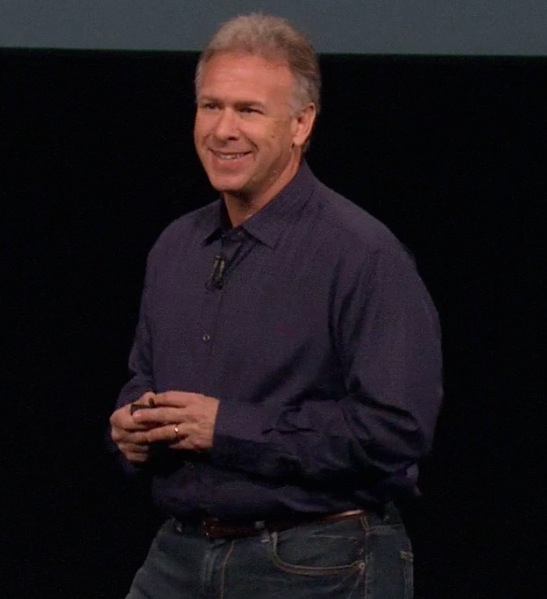 Following today’s unexpected news of Google’s SVP Andy Rubin leaving Android to focus on moonshot projects at the Internet giant – and conveniently just 24 hours ahead of Samsung’s big unveiling of the Galaxy S4 at the Unpacked event in New York City – Apple’s SVP of Worldwide Marketing Phil Schiller sat down with The Wall Street Journal to pooh-pooh the Android platform.

He’s touched upon several controversial topics, including Android fragmentation and lack of integration. And dismissing the looming Samsung launch, the exec called Android “a free replacement for a feature phone” and cited Apple’s own research claiming four times as many iPhone users switched from Android than to Android during the fourth quarter…

When you take an Android device out of the box, you have to sign up to nine accounts with different vendors to get the experience iOS comes with.

They don’t work seamlessly together.

He pointed the finger of blame at “plain and simple” Android fragmentation and added that “Android is often given a free replacement for a feature phone and the experience isn’t as good as an iPhone.”

He spoke to Reuters, too:

And that extends to the news we are hearing this week that the Samsung Galaxy S 4 is being rumored to ship with an OS that is nearly a year old.

Customers will have to wait to get an update.

With their own data, only 16 percent of Android users are on year-old version of the operating system. Over 50 percent are still on software that is two years old.

Here’s the most current snapshot of Android’s fragmentation, via Google itself. 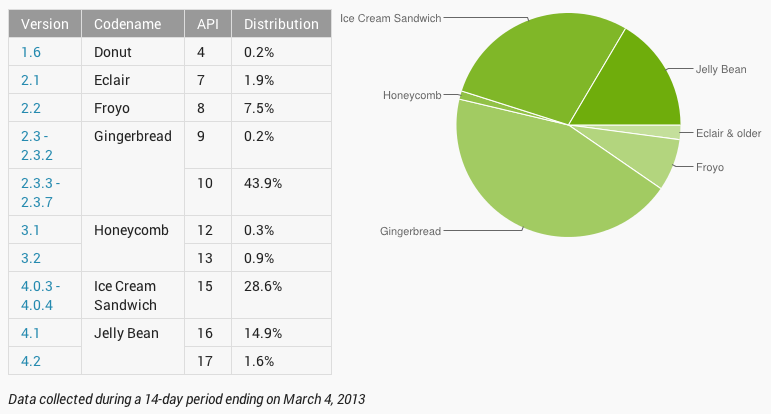 Too bad he forgot to mention that Samsung’s heft in Android has Google worried.

Of course The Wall Street Journal put a negative spin on the news, what did you expect?

Their headline: ‘In Rare Move, Apple Goes on the Defensive Against Samsung’.

Apple’s iPhone represented just 19.1% of global smartphone sales in 2012, compared to 66.4% for all Android phones, according to Gartner.

Meanwhile, market researcher IDC this week said it expects tablets powered by Android to eclipse Apple’s iPad next year, too.

So our takeaway should be that Apple is doomed, right WSJ?

Apple is beating Samsung to the punch in U.S. smartphone share, demolishing Android in metrics that matter, the iPhone 4S and 5 are the world’s two most popular handsets and the iPad is responsible for “just” 84 percent of in-flight Internet use.

And if you need another proof that IDC’s market share estimates are off: video provider Ooyala finds that iPhone owners watch twice as much video as Android users. Other data points support the thesis that Apple is killing it when it comes to mobile video.

As for the cited IDC survey which calls for Android passing iPad in tablets this year: Ben Bajarin has already deconstructed that estimate, it’s a highly recommended read.

I imagine for Schiller, this WSJ interview is nothing if not working “a little harder to get the message out.”

Schiller handles all of Apple’s worldwide marketing, but is also the steward of the company’s relationship with developers and instrumental in product development.

The executive made headlines last week when he tweeted out a warning to Android users with an attached F-Secure report that paints Google’s platform as responsible for the overwhelming amount of mobile malware.

Be safe out there: f-secure.com/static/doc/lab…

The Wall Street Journal has long been lauded as an unofficial Apple mouthpiece.

However, the News Corp-owned publication – along with other major news organizations – has notably changed its Apple rhetoric, more often than not spelling doom for the iPhone maker in past few months.

Some people like myself blame it on stock manipulators who just play WSJ, NYT, Reuters and Bloomberg to their causes. Others point out that without Jobs, Apple is more prone to criticism.

@dujkan I think right now, its sexy to hate Apple until they have something solid to talk about to re-pump their stock with.

The truth, per usual, is probably somewhere in the middle.

My case in point: a Good Technology survey finds iOS activations in the enterprise market rose from 71 percent to 77 percent. WSJ runs the story under the headline “Android Tablets Gain on iPads in Business Market”. 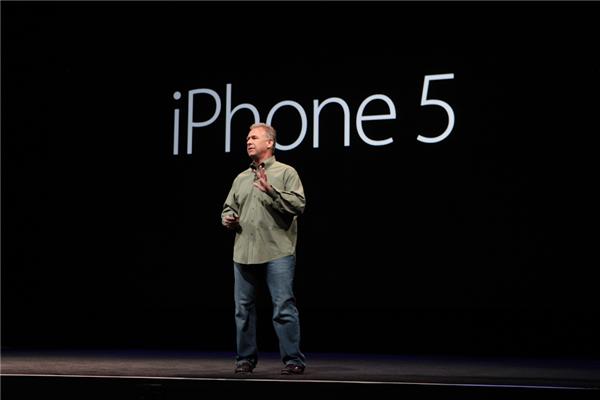 As if that weren’t enough, WSJ opens the story with claims that “there are signs that Apple’s grip on tablets has been weakened among consumers, who are buying more devices made by Samsung and Amazon.”

Overall, Apple’s iPad and iPhone devices made up 77% of new devices using Good Technology software last year, up from 71% in 2011, with Android-powered devices making up much of the rest.

Independent software consultant Hilton Lipschitz took a long and hard look at WSJ headlines and the anti-Apple agenda, compiling an awesome selection of at least two dozen WSJ stories that paint Apple in a negative manner.

Anyway, is Schiller right to go on the record and highlight Android’s weaknesses or should he have kept his mouth shut and refrained from going “on the defensive”?