Netflix, the popular provider of on-demand Hollywood movies and television shows, Wednesday showed off a slew of new features aimed at making the experience more social and engaging. After being available internationally for well over a year, Netflix customers in the United States can now finally connect their Netflix account with Facebook.

This enables you to check out what your friends are watching and optionally share your favorite shows with them. Interestingly enough, there’s a new Do Not Share button to mark those kinky videos you don’t want your parents to know about. More Social Settings are available in Your Account on Netflix.com, where you can turn on additional sharing to Facebook or stop sharing altogether…

Netflix in a blog post confirms that it will be adding the ability to turn on these features for its U.S. members “over the coming days”, with all U.S. Netflix members gaining access to the new social features “by the end of this week.”

Here’s a screenie of the new social experience. 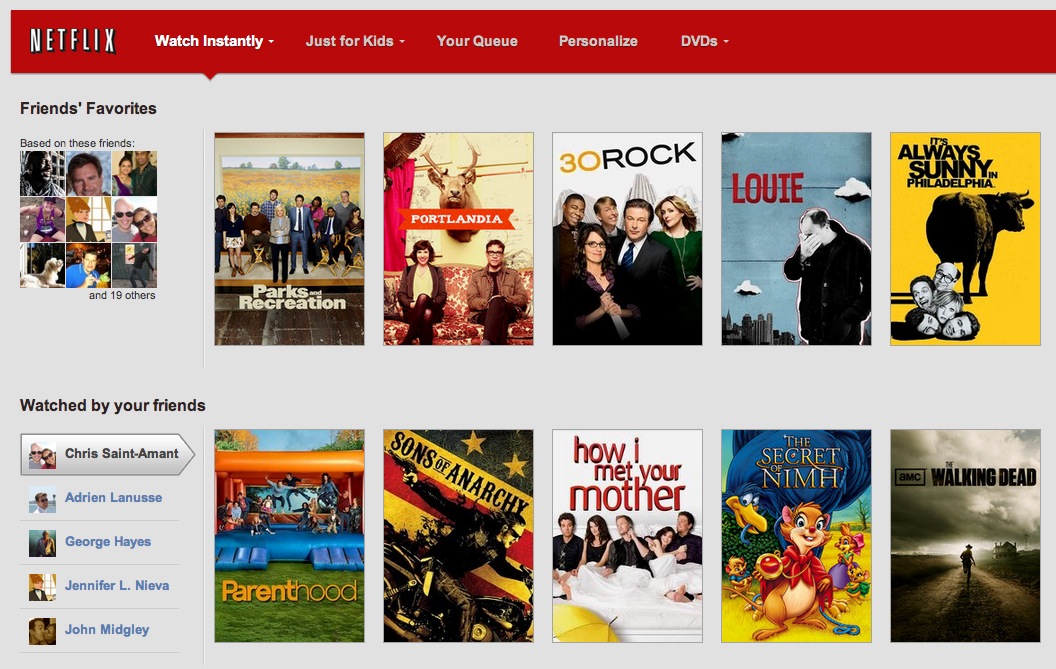 Note a new ‘Watched by your friends’ row which, as the name suggests, lists the titles your Facebook friends have watched on Netflix. Likewise, a new ‘Friends’ Favorites’ row highlights the shows your friends have rated four or five stars.

Upon connecting your Facebook account, your friends will be able to see what you watch and rate highly, but sharing by default only happens on Netflix, unless you choose otherwise in the Social Settings section in Your Account on Netflix.com.

As seen above (via AllThingsD), a recent survey of U.S. web users conducted by Goldman Sachs shows a notable Netflix bump, especially with teens and young adults.

Bloobmerg notes that adding social features was made possible in the U.S. by changes to the Video Privacy Protection Act of 1988, which barred movie-rental companies from sharing people’s viewing records.

Do you like the new sharing features on Netflix?