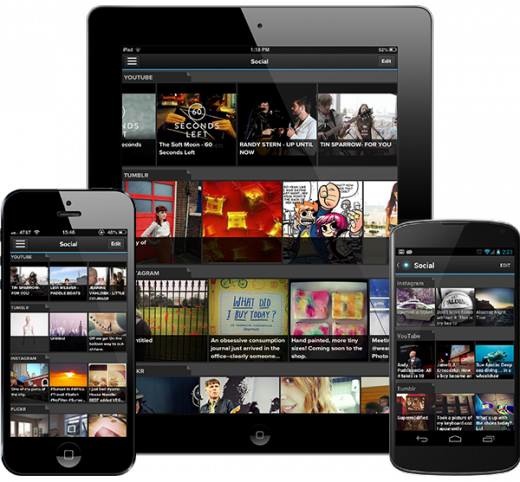 When word started spreading around yesterday that Pulse was about to be acquired by a “major platform” company, I would have guessed it was either Yahoo or Microsoft. The popular news reader app seems like it would be a great fit for either firm.

But according to the latest reports, the buyer is actually the social networking site for business professionals LinkedIn. The company has allegedly already sealed a deal with Alphonso Labs, the maker of Pulse, worth between $50-$100 million…

“LinkedIn will buy the maker of the newsreader app Pulse, according to sources familiar with the negotiations. The price of the acquisition is in the tens of millions, they said — between $50 million and $100 million.”

Pulse is the brainchild of Stanford graduate students, Ankit Gupta and Akshay Kothari, who built the app as part of an Institute of Design course. Their inspiration,t hey say, was borne out of their frustration with other text-only RSS and news feeders.

The app made its debut on the iPad in May of 2010, shortly after Apple released the tablet, and was immediately praised for its image-based UI. Later that year, Alphonso Labs released both an iPhone version, called Pulse News Mini, and an Android version.

It’s unclear, at this point, what exactly LinkedIn wants with Pulse. Sure, its 20 million users—who read more some 10 million stories per day—looks good from a marketing and advertising standpoint, but where does that fit in with LinkedIn’s future plans?

Whatever the reason, let’s just hope that they don’t kill the app. We’ve grown awfully fond of it.