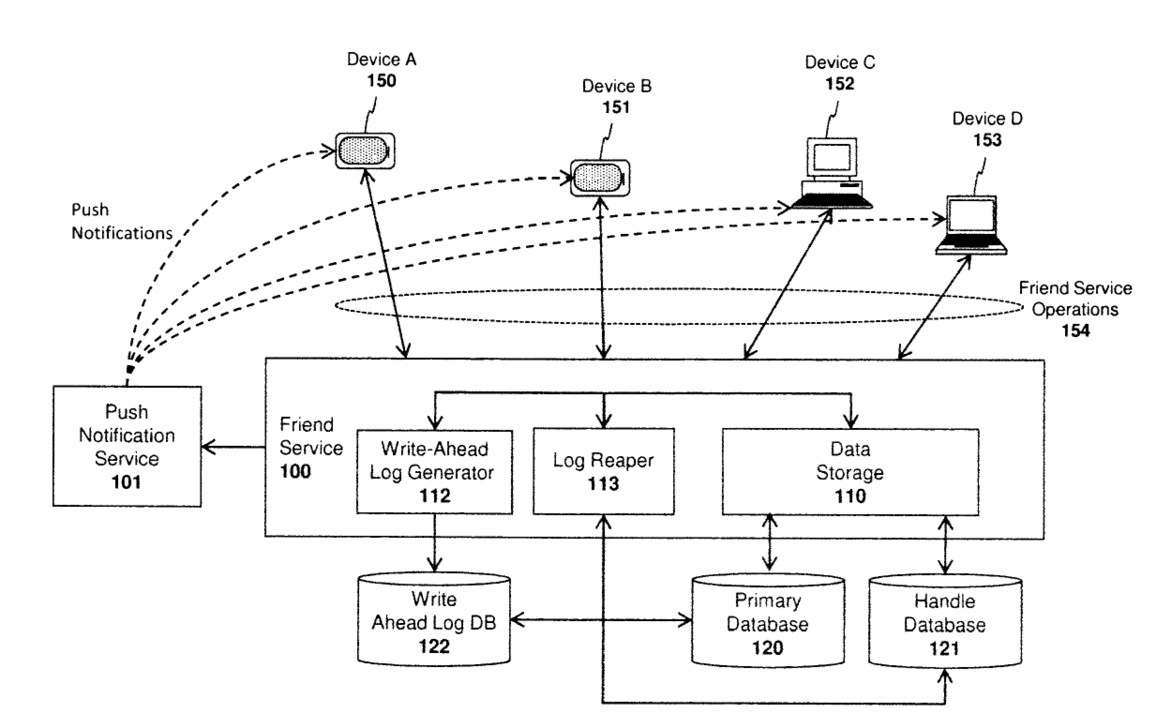 Apple wants to get into social networking, but not as a rival to Facebook or Twitter. Instead, the iPhone maker envisions a way to better protect mobile users against spammers and stalkers.

Tuesday, the United States Patent and Trademark Office approved a 2010 application for a friend service of sorts which could underlie current social networks.

The patent titled “Apparatus and method for efficiently managing data in a social networking service” describes methods for maintaining three databases which oversee friends within a network, handles for out-of-network contacts and a third to log changes. Among the potential advantages: preventing a flood of friend requests and ignoring contact attempts by stalkers…

The friend state records associated with old entries in the write-ahead log database are checked for consistency and inconsistent records are repaired. In addition, optimistic locking techniques may be used in one embodiment to improve performance of the friend service database.

In layman terms, “each time a user sends a request, their spammer count value is upped by 1 until a predefined threshold is reached,” AppleInsider writes. Similarly, each time you deny a friend request, the person’s “stalker count ” will increase by 1.

When a predetermined level is reach, further requests are ignored.

In a sign that Apple hopes its system will be used by larger social networks, the company will offer the system to developers who can then integrate it into mobile social networking apps, as well as desktop software.

Ping’s 2010 introduction and the 2010 patent filing prompts some to question whether Apple’s database service might have been part of its attempt to build a Facebook rival or something entirely new.