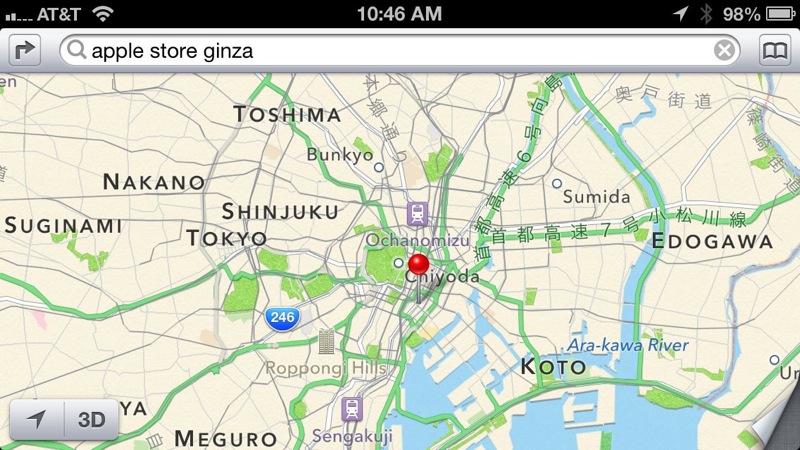 Back in February, Apple seeded a beta version of iOS 6.1.1 to developers. The update featured a lengthy change log of some much needed fixes and improvements for its iOS Maps application in Japan.

Of course, Apple forewent that release in order to push out bug fixes for the iPhone 4S, and later Exchange. But it looks like Japan users finally got their new Map data that they’ve been waiting for today…

As noted by 9to5Mac, several iOS users in Japan are reporting seeing numerous improvements to their Maps app, including new 3D buildings, better navigation, and more. Here was that 6.1.1 change log:

Although the media criticism seems to have died down in recent weeks, Apple initially took a lot of heat over its in-house mapping software when it replaced the popular Google Maps in iOS 6 last September.

After several user complaints about poor turn-by-turn instructions and all-around map data, Tim Cook issued a public apology for Maps and promised that he would put the weight of Apple behind fixing it.