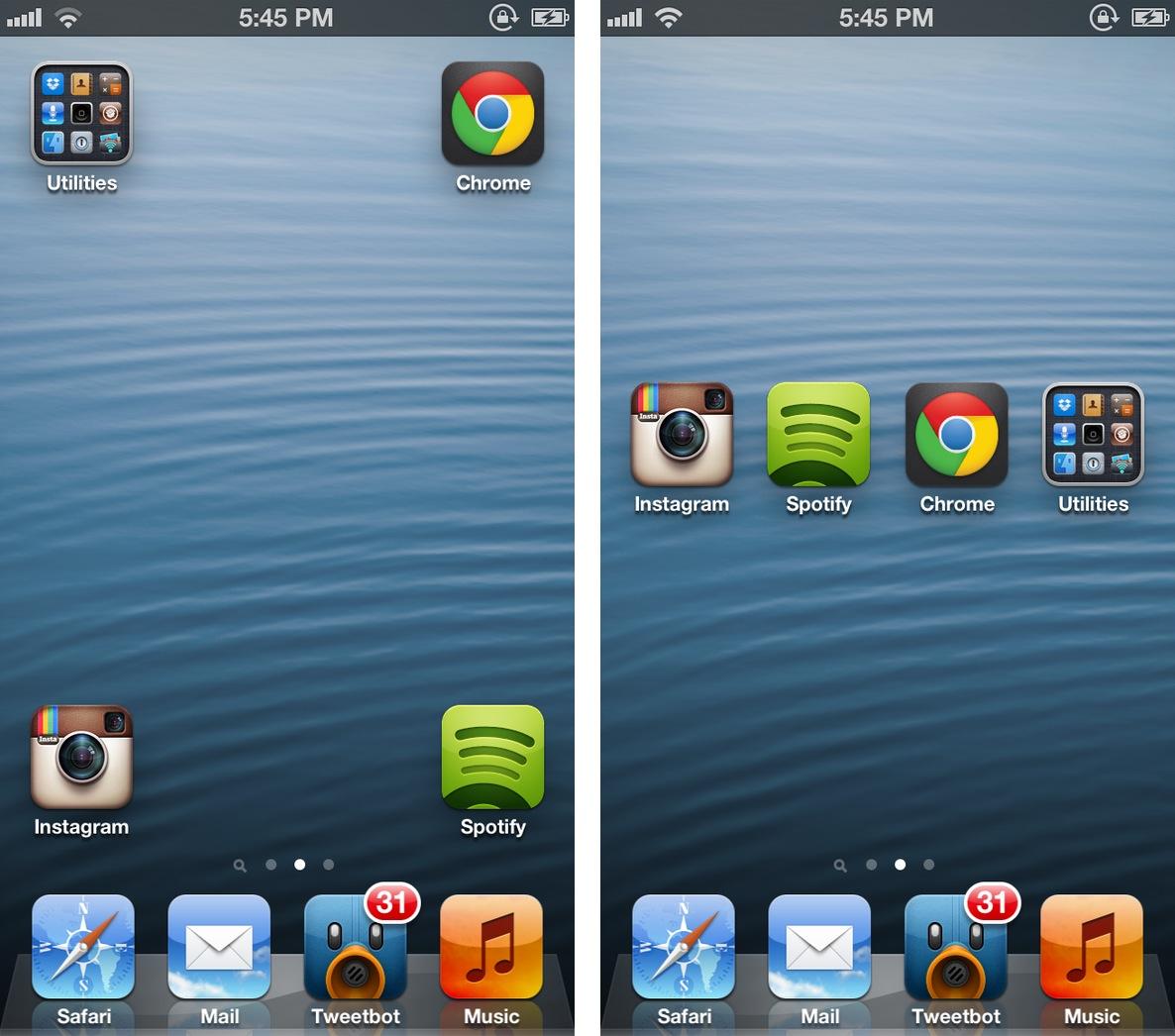 Gridlock 2.0 was released just moments ago, and it brings iOS 6.x support in tow. Gridlock is a tweak that’s very popular among jailbreakers, because it gives users the ability to rearrange their app icons using a simple drag and drop action.

Normally, iOS prevents users from organizing app icons in any way but in a linear manner. With Gridlock, you can easily leave blank spaces between app icons. In my opinion, Gridlock is best served when mixed with iOS themes, and jailbreak widgets like Dashboard X. Whatever the case may be, you’ll likely enjoy the sense of freedom that you get from using Gridlock.

According to Grant Paul, the well respected developer of both Gridlock and Zephyr, the iOS 6 update was filled with various complexities. For that reason, Gridlock 2.0 isn’t a free upgrade for previous users of the package. Apparently, so much work was needed that Paul was required to completely rewrite Gridlock from the ground up for iOS 6. With that in mind, it wouldn’t be very economical for him to give it away free of charge, even for owners of the previous version.

The good news for previous owners? Gridlock 2.0 is available right now in Cydia’s BigBoss repo for an upgrade price of $1.99. Newcomers will have to fork over $4.99 to enjoy the tweak. Don’t forget to let me know what you think about it in the comments below.