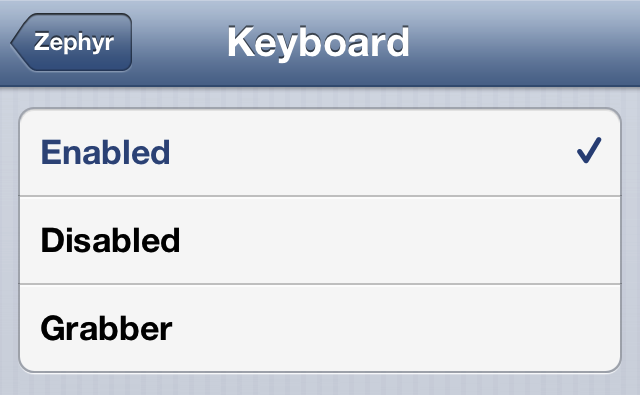 We love it when developers really take the time to listen to their user-base. That’s exactly what Grant Paul (a.k.a. Chpwn) did after receiving feedback about his latest update to Zephyr.

Apparently, more than a few people were unhappy about the tweak’s new keyboard features. So much so, that Paul received over 200 some-odd emails and tweets expressing dislike over the changes. His response? Push out another update a few hours after the previous update, fully addressing the concerns. 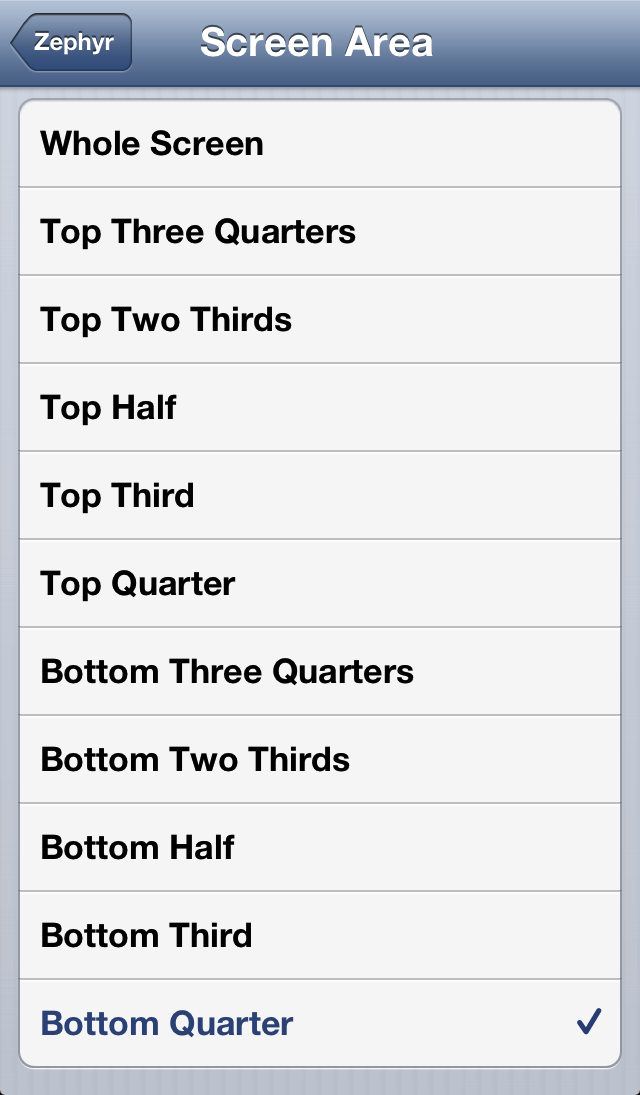 Not only that, but additional screen area options were also added at the suggestion of Zephyr’s many users. The 1.6.1 update brings the total number of Screen Area options up to nearly a dozen. As we told you in our previous post about the 1.6 update, the Screen Area option allows you to specify a specific area of the screen where the app switching left/right swipe gestures will register as valid gestures.

Here is the full change log for the 1.6 update, which includes the 1.6.1 additions. 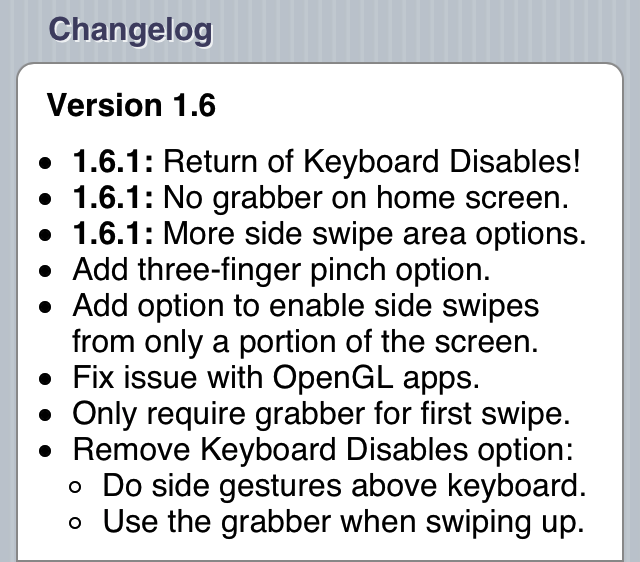 Are you pleased that the keyboard disabling options are now restored?