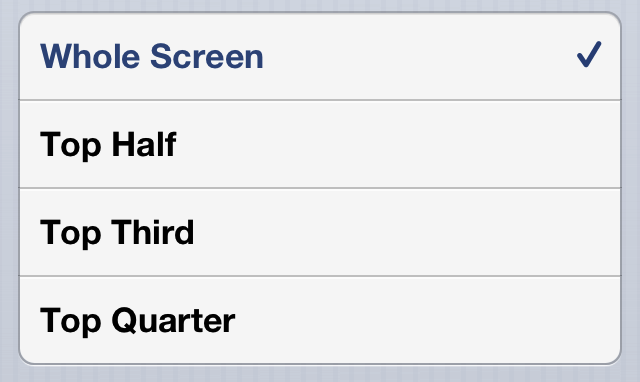 A new update to Zephyr just appeared on Cydia, and it contains at least one new feature. If you were attuned to Twitter about a week ago, you may have noticed a somewhat intense conversation between @_Yllier_ and Zephyr developer, @Chpwn.

Basically, the conversation began when Yllier created a hack for Zephyr, which makes it possible to limit the screen area where a “swipe from left to right gesture” is valid. He created the hack with the intention of making it easier to use apps like Gmail, and Facebook, which both rely on the swipe gestures that can interfere with Zephyr.

To make a long story short, Chpwn wasn’t pleased that the hack was released due to issues it could cause with future updates, support, etc., and he asked Yllier to remove it. Yllier did eventually remove it, but not before he received a nod from Chpwn agreeing to include the useful feature in a future version of Zephyr. And that, folks, is where we are now. 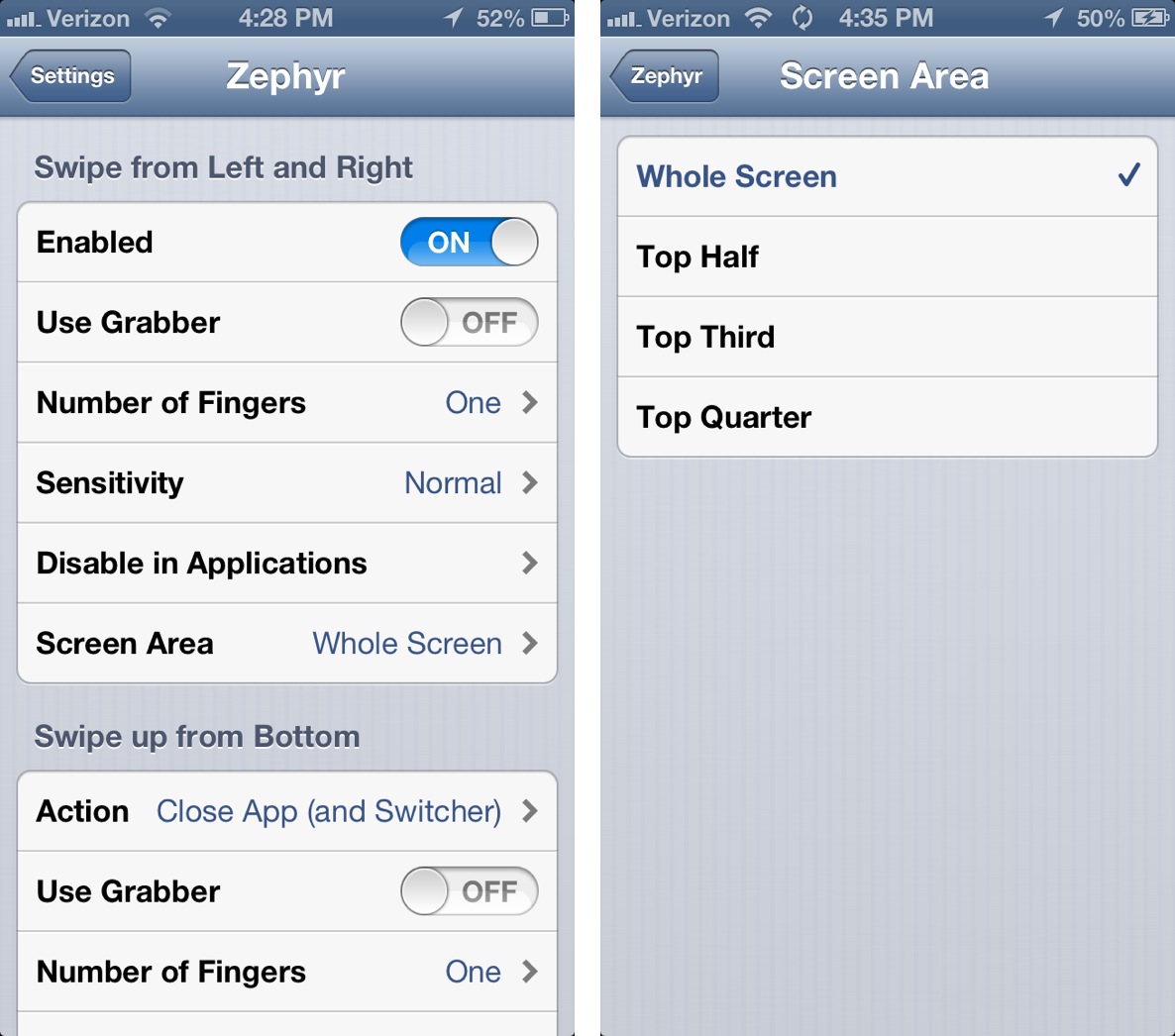 This new Screen Area setting contains four options: the default, Whole Screen, which makes Zephyre function as it has always function, along with Top Half, Top Third, and Top Quarter. Each setting makes the space where the swipe from left to right app switching gestures more restrictive. This allows you to interact with apps that use native swipe from left or right gestures with less interference from Zephyr.

What do you think about the update? Are you happy to have such a feature? Personally I think it’s a great addition to an already awesome tweak. Props to Yllier for coming up with the idea, and props to Chpwn for being gracious and implementing the many suggestions he’s received over the lifespan of Zephyr.

Update: It has also been brought to my attention that Zephyr 1.6 has a new 3 finger pinch gesture as well. This is similar to the iPad’s pinch to close gesture requiring four or five fingers. 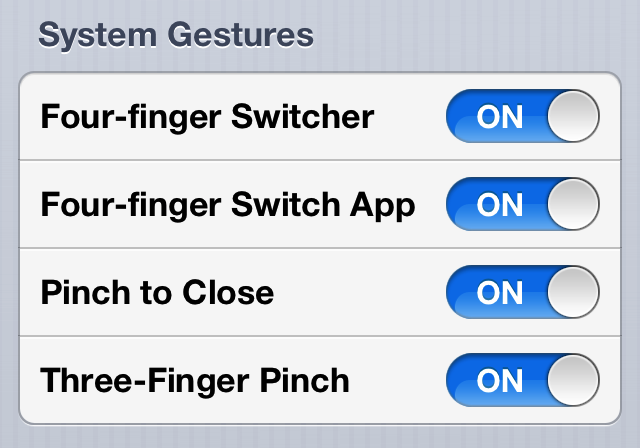 Obviously on a device as small as the iPhone, a 3 finger pinch is much easier to pull off. I can confirm that it works very well.