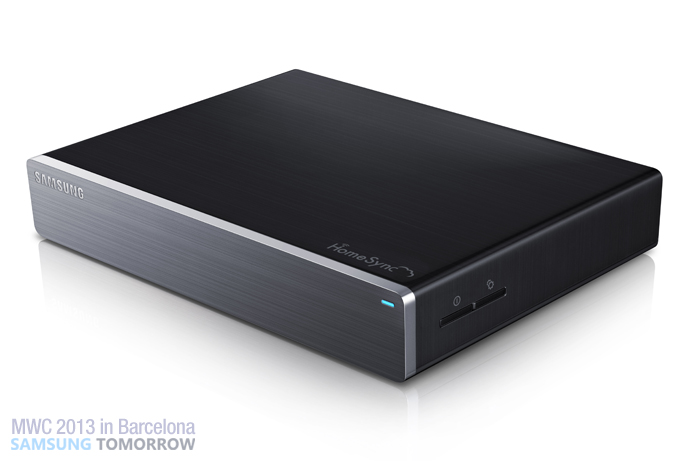 As you’ve probably noticed by now, we’re huge fans of the Apple TV here at iDB. Apple’s set-top box is inexpensive, easy-to-use, and it integrates perfectly with our iOS devices. Plus, older versions of it can be jailbroken.

The device has been doing remarkably well for Apple, despite the fact that it has several competitors. But we’ll see if that hot streak can continue now that Samsung’s throwing its hat in the ring with its new HomeSync…

“Samsung Electronics announced Samsung HomeSync, a home hub solution that a shared storage fit for a family, the best entertainment experience on a big screen TV, and a new way of enjoying your HDTV through a familiar and smarter Android user experience.

HomeSync’s 1TB drive can help you sync to multiple devices, providing shared or private storage for all your content. It supports eight separate accounts to cover a whole family, and allows each user to upload and download content from multiple devices and instantly share with other family members. File encryption and user-specific ID and password ensure content in a user’s private area remains separate from the shared area in HomeSync.”

Now, this may sound like run-of-the mill tech talk for a new Android device, but I have to admit, the HomeSync looks impressive. Check out this video demo from The Verge taken at Mobile World Congress earlier today.

I like how you can pair your Samsung handset with the HomeSync by touching it, via NFC. I also like the fact that you can download apps to the set-top box, something Apple has been rumored to add to its ATV for a while now.

If it feels like we’ve been talking about Samsung a lot lately, that’s because we have. Apple’s biggest competitor has been on a roll this week, announcing a new 8-inch tablet and promoting next month’s big Galaxy S IV event.

Apple, for its part, has been relatively quiet since it updated most of its product lines last fall. It did release a 128GB version of its 4th gen iPad earlier this month, but its bigger announcements aren’t expected to start until June.

But back to the HomeSync. With its 1TB hard drive, file encryption and other features, it’s clear that it’s trying to be more than what the Apple TV is—which means it’ll cost more too. There’s no price yet, but it starts shipping in April.

What do you think of the HomeSync?