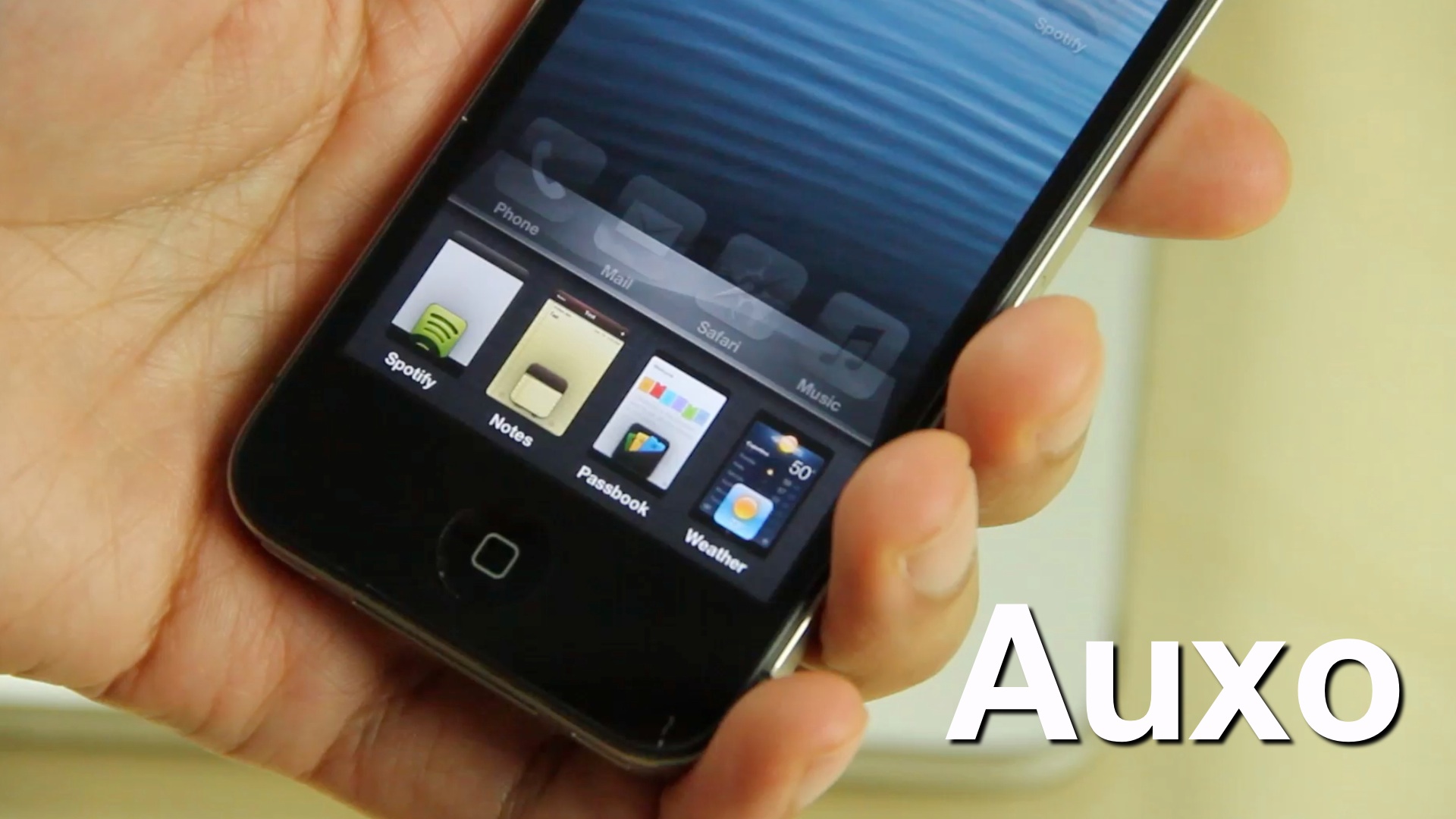 I don’t think I need to introduce Auxo, the jailbreak tweak that redefines the iOS app switcher, to anyone. We’ve been giving Auxo its fair share of love since we first exclusively previewed the tweak a few months ago. And for good reasons. Auxo is one of those beautifully designed tweaks that not only improves on the stock iOS experience, but does it in an incredibly elegant manner.

When evasi0n came out last month, Auxo was the third tweak I installed, right after biteSMS and Zephyr. The love affair with Auxo lasted all the way until yesterday when I came to realize that although delightfully crafted, the tweak just didn’t do it for me. Let me explain…

There is one main function I want my app switcher to have. I want it to show me quickly and clearly what I have opened so I can rapidly switch between apps without having to think twice. Until Auxo, the stock app switcher had wonderfully fulfilled this simple requirement I have.

Over the last few days I’ve been wondering if Auxo actually met this requirement. Based on my daily usage, I came to the conclusion that it doesn’t.

Although beautifully designed, Auxo only shows you a very small thumbnail of your opened apps with an even smaller icon of the actual app. In my experience, and of course this is based entirely on my experience and yours might be different, it’s harder to actually figure out what you’re looking for in Auxo.

More often than not when using Auxo, I had to really focus to see what I was looking at. Obviously I didn’t have to spend 20 seconds to figure it out, but this extra split second was already too much. To me the goal of the app switcher is to quickly see what you have opened so you can quickly access it. Anything that makes me react more slowly than the stock app switcher is counterproductive to me.

When I tweeted I was giving up on Auxo yesterday, I believe I really hurt Jeff’s feelings. As you might have been able to tell, Jeff loves Auxo. Earlier today, Jeff said on Twitter that he likes to see what he’s about to open before opening in full screen. I agree with Jeff. I like to see what I’m about to open too, but Auxo makes this harder than it is on a stock switcher. If Auxo offered me the ability to see several of my opened Safari tabs to quickly go to the one I want, it would be a different story, but it doesn’t. 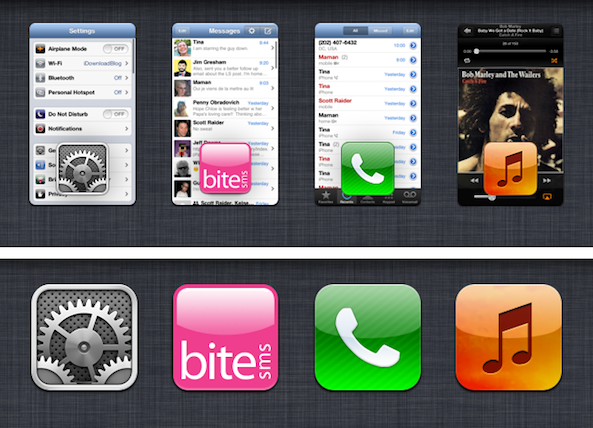 Auxo vs. the stock app switcher

The most important point I’m trying to make is that when I open the app switcher, I usually know where I want to go. Seeing a little thumbnail and a little app icon doesn’t make it easier for me to figure out what I want to open. What makes it easier is bigger icons, just like it is on the stock switcher. And that’s really what icons are for. They’re here so you know exactly what you’re looking at without having to think about it. If you have to open an app, seeing a little thumbnail preview won’t change anything to the fact that you still have to open this app. Auxo makes the experience more visually pleasant, but it doesn’t make it easier or faster.

And that is the main gripe I have against Auxo, but there is another small annoyance.

From time to time when using Auxo, I would accidentally kill apps by swiping the thumbnail down. What was again beautifully designed and coded became more of an annoyance than a convenience to me. I don’t think I have fat fingers or shaky hands, but every single day I managed to accidentally kill an app or two. Not a big deal. In most cases the apps I accidentally killed were not the one I wanted to launch, and even if they were the apps I wanted to launch, it wasn’t a terrible burden to go back to the Springboard to launch them again. But it’s the little things.

A few of my Twitter followers said I was missing the point of Auxo. I don’t think I’m missing the point. I’m well aware of all the awesome features Auxo brings to the app switcher. I just think they don’t make my flow better.

For example, I rarely, if ever, manually kill an app. I know it will probably come as a surprise to many of you who keep tab on memory usage and all that good stuff. But I don’t. My iPhone 5 is as fast as it was the first day I got it and I never bother worrying about memory usage because I really don’t have to. In this sense, the ability to kill an app or all opened apps isn’t very helpful to me. Speaking of memory, I’ve seen many comments from Auxo users saying the tweak has bad memory leaks, and in some cases, some users reported random crashes. I don’t keep tap on memory usage so I wouldn’t know about that, but from my experience, Auxo has always been a very stable tweak. From what I can tell, it never caused any crash on my iPhone.

Some argued the toggles were also one of the main reasons why you’d want to use Auxo. Well, I use NCSettings, which works wonderfully for me. Some of you highlighted the quick access to brightness controls. Fair enough, but I can’t remember the last time I manually changed the brightness of my iPhone screen, so again, this is useless to me.

The one thing I’ll probably miss from Auxo is the iPod controls which are a clear improvement on the stock controls, but I think I’ll survive without this cool feature.

In case I hadn’t made myself clear enough, I have an immense respect for Sentry and Jack Willis, the guys behind Auxo. I think they did a fantastic job at re-imagining what the app switcher should be like, but as I explained, it just doesn’t do it for me. Of course, I don’t expect you to agree with me. I just thought I’d explain my reasoning behind my giving up of Auxo.