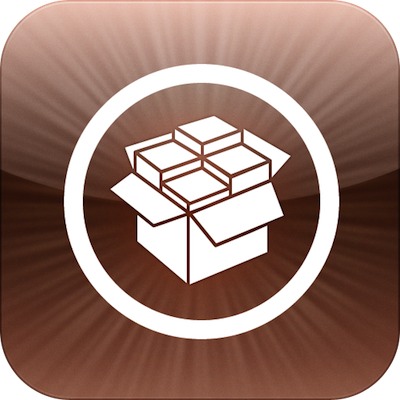 Many of our regular readers have been asking us about backup solutions for their devices after the release of iOS 6.1.2 and the jailbreak that followed shortly afterwards. I want to be clear here: automated backups can be very bad news. If you restore your tweaks without going through Cydia, and an update breaks a single tweak, you won’t have a fun time attempting to find the incompatible package that crashes your phone at startup. While minor updates (like 6.1 to 6.1.2) are less likely to cause conflicts, the risk is never zero.

With that warning in mind, there are a number of options for backing up your Cydia tweaks when upgrading to iOS 6.1.2… 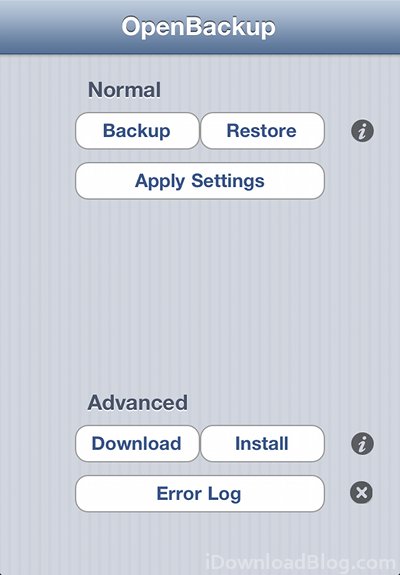 OpenBackup is currently the best solution for restoring your Cydia tweaks. I’m happy to report that the utility has matured significantly since Jeff originally reviewed the app in 2011. OpenBackup still syncs with iCloud, but it now supports backups of paid tweaks, has a clean user interface, and can now be used to download copies of installed packages along with their dependencies. This way you can keep a complete local copy of your tweaks on your computer’s hard drive in case Cydia is knocked offline. The best thing about OpenBackup is the price; it’s a completely free option. So even if the backup doesn’t work, at least you haven’t wasted your money. 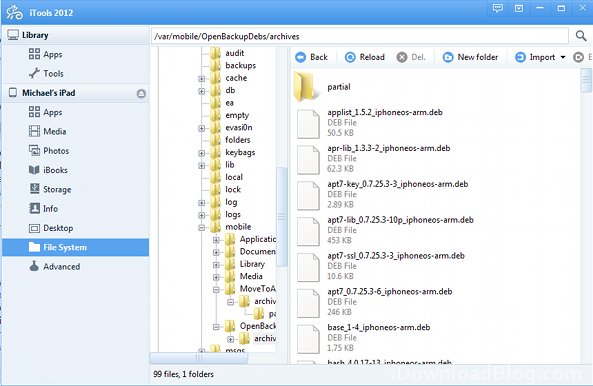 The only other working backup app that was updated in 2013 (or since 2012 for that matter) is PkgBackup. PkgBackup is a $9.99 utility that includes premium features like automatic backups, cloud saving to DropBox, and support for Bonjour, Bump, Facebook, and Twitter. This may be reason enough to stick with PkgBackup, but it’s a hard sell for an unreliable category of utilities when the best alternative is free.

For what it’s worth, I also attempted to use the recently released Total Backup. Disappointingly, Total Backup was unable to backup jailbreak tweaks on my iPad in iOS 6.1, but the tweak does allow for archiving photos, contacts, SMS messages, contacts, calls, and notes, as well as saved Cydia repositories, so you might be able to get some use out of it.

For my money, the best option is to keep a list of your favorite jailbreak tweaks on hand and install the software through Cydia. Sure, it’s not a one-button solution, and it won’t work if Cydia is knocked offline after a major jailbreak, but this way you won’t be blindsided when you unwittingly install a dozen incompatible tweaks.