A new iPhone app called Albumatic hopes to succeed where the likes of Color and Highlight have failed, to make sharing between groups of people easy and fun. It has a clean minimalistic interface that lets you easily start an album and add photos for others to see. Whenever you add a new photo, all the folks you’ve shared an album with get notified.

Folks nearby can join the album and add photos of their own and those that are farther away are only allowed to view the album, but not interact with the photos (likes, comments, etc.) We’ve seen this location-based photo sharing focus before and it didn’t work out well (hint: Color), but Albumatic nonetheless bets party-goers will use it to share embarrassing cocktail snaps between themselves, Galaxy S III style…

You can add people via their email addresses, search for your Facebook or address book contacts and perform a location-based search for nearby users.

The software lays out your shared photos either in a list or as an endless stream of images. Other people can save photos to their Camera roll, but there’s no option to turn this off or bar specific people from saving your snaps. It’s a common problem in other social photo sharing apps, but no one has come up with a satisfying solution yet.

Conceived as iOS Shared Photo Streams on steroids, Albumatic co-founder Adam Ludwin – who also helped Vine take off the ground – explained to The Verge a friends-only model for the app.

“The range is very tight, so you need to be close to the actual event to join,” he said. 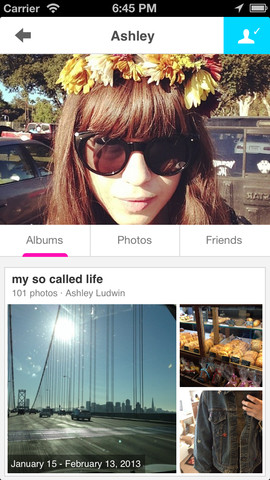 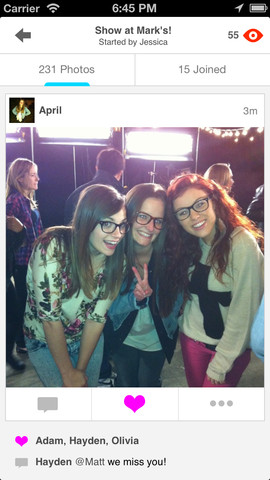 I’m not sure Albumatic is the right group photo sharing solution, but clearly existing services leave a lot to be desired. Built-in iOS Shared Photo Streams are nice, but lacking in the social department. Google+ Events also tried to solve this problem with Party Mode as did Facebook and even Google Drive and Dropbox.

The Verge’s main gripe with Albumatic:

If I were to show up to a wedding or weekend picnic with my friends who aren’t techie early adopters, 99 percent of them would be sharing their photos on Instagram. I could certainly show them Albumatic and try to convince them to download it.

If they did, we might have a blast. But it might be less work to just open up Instagram and come up with a clever hashtag we can all use.

I disagree with The Verge about Instagram hashtags because these inadequately address efficient photo sharing between a closed group of people. 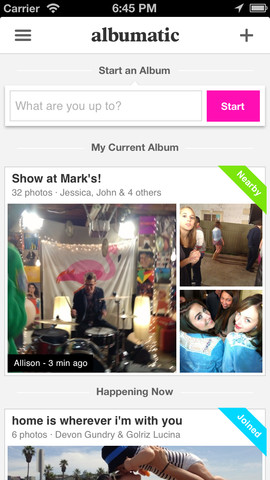 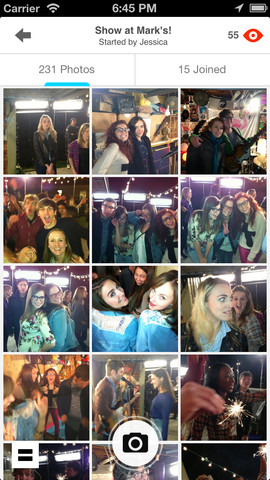 Obviously no one has cracked this nut yet. Whether or not Albumatic can succeed where other apps have failed remains to be seen.

If you’d like to give it a try, head over to the App Store and download Albumatic free.