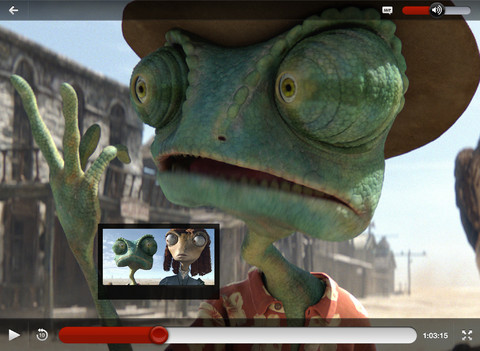 Netflix has a pretty decent app on the iOS platform that really becomes indispensable if you’re among the growing number of people subscribed to its service that streams Hollywood movies and television shows to your home.

Today, the company has issued a new version 3.0 build of the iOS app, tweaking the user interface while adding a few improvements. For starters, the zoom icon is back so you can control your experience when in full screen.

And if you’re on an iPad, you can also touch the player UI screen to see the title of the currently watched show…

Netflix has also found a better placement for the play/pause and Back-10 buttons, “so you can easily control your experience.”

It’s a free universal binary download for all your iOS devices running iOS 5 or later. Of course, you will need a $7.99 monthly subscription to enjoy the shows. 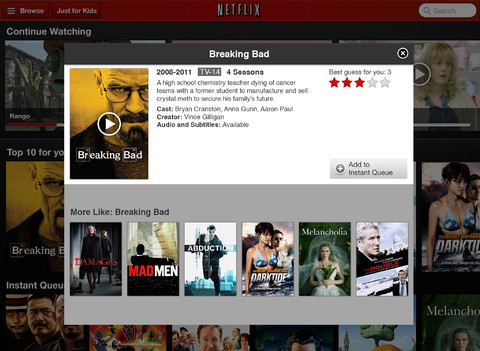 According to the January Netflix rankings for U.S. Internet service providers, more than 33 million members view over one billion hours of TV shows and movies streaming from Netflix per month.