If you own both an iPhone 5 and an iPod touch 5th generation, you might find it strange that you can capture still photos while shooting video on the iPhone 5, but not on the iPod touch. Regardless as to why Apple made such a decision, it doesn’t really matter if you’re jailbroken. That’s because a new jailbreak tweak recently appeared on Cydia enabling the function.

Still Capture Enabler is the tweak that allows your iPod touch 5th generation the ability to take still capture photos in the midst of a video shoot. Does it work as you would expect? Have a look at our video walkthrough inside for all of the pertinent details.

Once the tweak is installed, there are no options or settings to configure. Simply head over to your Camera app, switch to video mode, press the shutter button, and you should see a still capture shutter button appear in the bottom right hand corner of your screen. Tapping this button will snap a still photo of whatever’s currently in your frame without halting the video shoot. 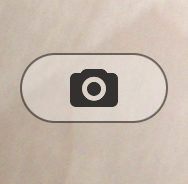 Still Capture Enabler can be downloaded free of charge from Cydia’s BigBoss repo. If you want to give it a shot for yourself, and you’re browsing this post via your jailbroken iPod touch, then click here for a direct link to Cydia where the tweak can be downloaded.

As we always ask, be sure to let me know what you think in the comment section below. Surely, owners of the iPod touch 5th generation will be interested in regaining this missing feature on their device.