Back in March 2011, when Adobe’s proprietary Flash plug-in was still predominantly used for web video, a new paid-for iPhone browser, Skyfire, made headlines. It helped alleviate the situation by detecting Flash-encoded clips on web pages and then tapping a cloud computing platform to translate Flash video into an iPad-friendly format, on the fly.

Since then, Skyfire has seen over 20 million downloads across iOS and Android devices and developers claim it now converts over 200,000 web sites with Flash video into an iOS-friendly format. While most of web video is delivered via HTML5 these days, the Skyfire iOS app has seen several major updates that over time brought social features, even built-in extensions, to the table.

In a surprising move, Norway-based Opera Software, which makes the multi-platform Opera browser, Friday said it acquired the Skyfire team, hoping to broaden its solutions “beyond the browser”…

The deal should close before March 15.

If you’re a fan, worry not: Opera promised that Skyfire, now a wholly-owned subsidiary, will remain an independent entity and Opera “will continue to develop and support the Skyfire browser”. 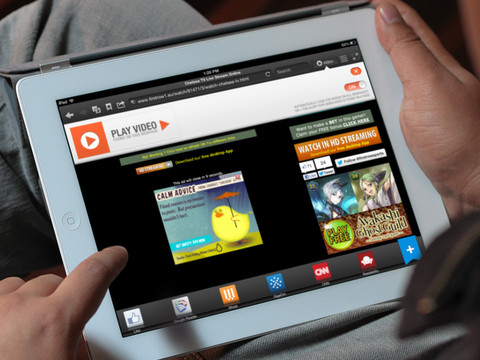 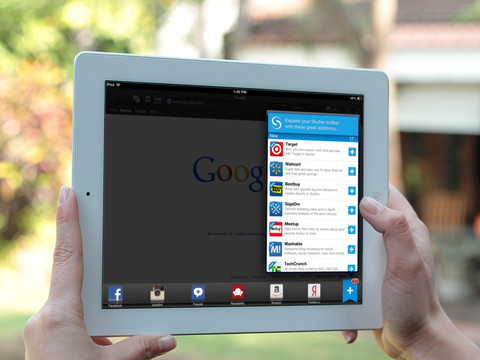 “The WebKit engine is already very good, and we aim to take part in making it even better. It supports the standards we care about, and it has the performance we need,” Opera CTO Håkon Wium Lie explained.

WebKit is commonly used by Apple’s Safari, Google’s Chrome and now Opera, but not by Mozilla whose Firefox uses the proprietary Gecko layout engine. 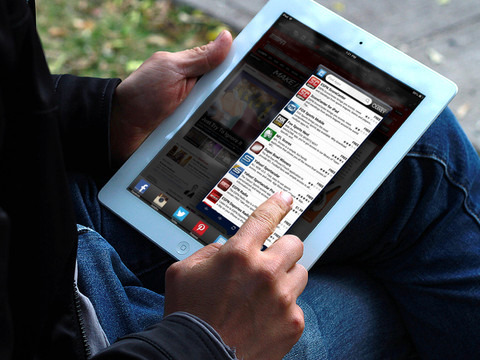 In fact, lack of WebKit support combined with Apple’s policy regarding proprietary frameworks has prevented Mozilla from bringing Firefox to iOS (unlike Opera, which maintains an iOS version of the Opera Mini web browser.

According to Skyfire, the Horizon tech offers a scrollable user interface with a number of toolbar extensions that can be added to the browser, or customized by consumers.

A contextual engine ensures the toolbar content is relevant and useful – with contextual recommendations on apps and browser utilities.

As for the Rocket Optimizer software, it’s being used by over a hundred carriers to reduce the size of video and other multimedia to fit the available bandwidth, resulting in a 60 percent boost in capacity. It detects when your connection quality drops and intervenes in milliseconds. 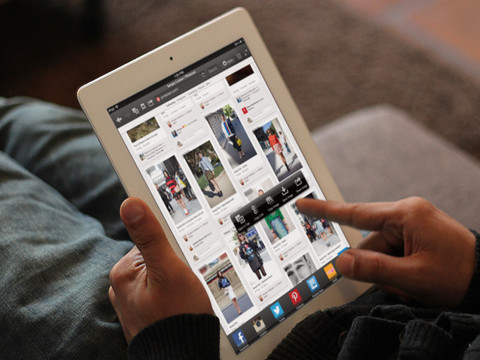 Skyfire’s bandwidth optimization tech is a nice fit for Opera Software because its Opera Mini app also uses the cloud to compress data by up to 90 percent before downloading, promising to improve page loading times sixfold, especially when on slower or crowded networks.

Video is expected to consume over two-thirds of global mobile bandwidth by 2015, with one survey estimating iOS accounting for 60 percent of all mobile video.

So, do you use the Opera Mini or the Skyfire browser on iOS?