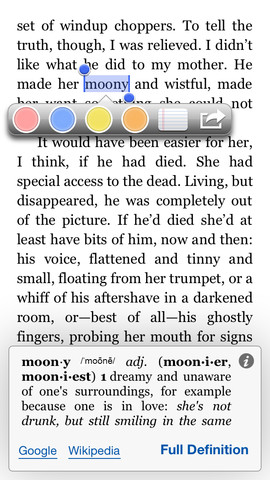 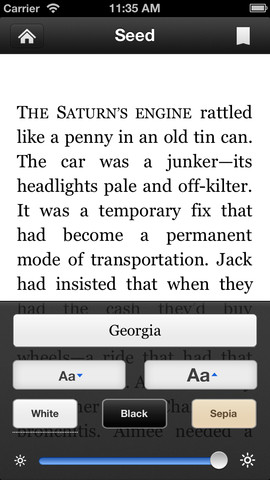 Amazon’s Kindle iOS app has been updated with three useful additions. First up, now you can pick between four color choices to highlight passages of text. Second, Amazon says that the brightness setting will now be saved across device sleeps. And last but not the least, the app now supports something Amazon refers to as Book End Actions, which is basically “sharing the accomplishment with friends on Facebook and Twitter”.

It’s not a major update, but these overdue additions make the Kindle iOS app more comparable in terms of features to Apple’s iBooks software. Amazon has been perfecting the iOS client with regular updates, the last two releases bringing out X-Ray for Books and X-Ray for Textbooks…

I’m guessing you must be wondering about those Book End Actions, right?

If you don’t have it already, you can download the Kindle app from the App Store. 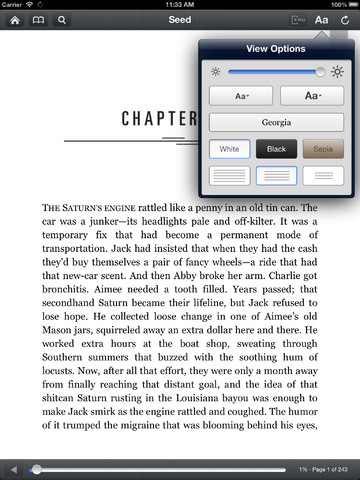 I prefer to buy my e-reading material from Apple’s iBookstore, but I also keep the Kindle app on my devices because – let’s face it – Amazon’s collection is richer and includes some valuable older books the iBookstore doesn’t carry.

Just like iBooks has fluid iCloud sync, the Kindle app taps Amazon’s Whispersync technology to sync my reading progress, annotations and other data across all my Kindle devices and computers.

In fact, the software could have been even better if it weren’t for Apple’s stupid rules prohibiting in-app content stores. And that’s my only gripe: I would very much love to buy books directly from the Kindle app.