Clear, Realmac Software’s innovative to-do app, was released a year ago and made a splash with its clean interface and heavy use of multitouch gestures. Today, the software was updated in response to feedback from users who objected to how the Edge Swipe feature was implemented.

Edge Swipes let you quickly switch between your lists by dragging your finger from screen edges. Unfortunately, this can quickly become a pain in the you-know-what.

The thing is, Clear’s workflow focuses on ordinary swipes which tended to be interpreted as edge swipes if you made the swipe too close to the edge of the screen. Clear version 1.2.1 makes this problem a thing of the past by making Edge Swipe an optional feature, though you’ll have to disable it inside Clear’s Settings…

I think that’s too high a price to pay for a simplified to-do program, especially considering it won’t run natively on iPads. 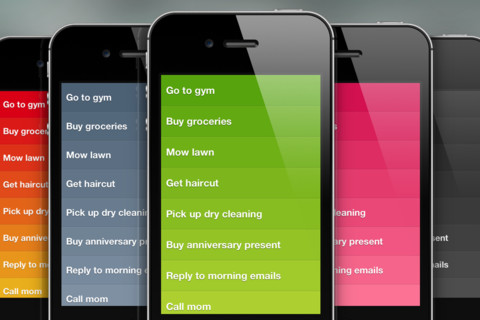 Despite these shortcomings, Clear delights with its unique and effective interface.

Here’s a quick video for those who haven’t witnessed the program in action.

The previous update sneaked in secret themes that can be unlocked under certain circumstances, UI tweaks and other enhancements.