Rovio just updated Star Wars Angry Birds with a new content pack named Escape from Hoth. It brings with it twenty new levels as well as two bonus levels to find and unlock. Brand new piggies need stopping, including the mynock pigs in the belly of the asteroid. You’ll also be making a daring escape in an epic moving boss fight. This updated is free to anyone who purchased the game (99 cents for the iPhone/iPod touch, five bucks on iPads)…

After the epic Battle of Hoth, the Rebel Birds have barely escaped the ice planet with the Pigtroopers in close pursuit! There’s an asteroid field close by that could provide some cover… but watch out, there’s more to it than meets the eye! 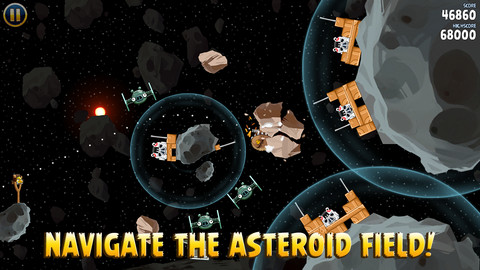 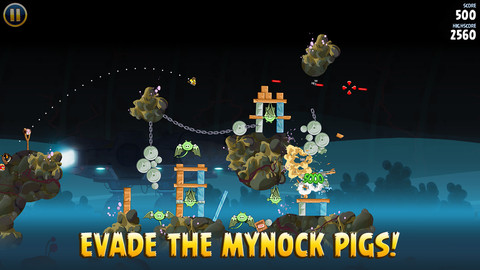 If you can’t get enough of Angry Birds, this is another must-have update.