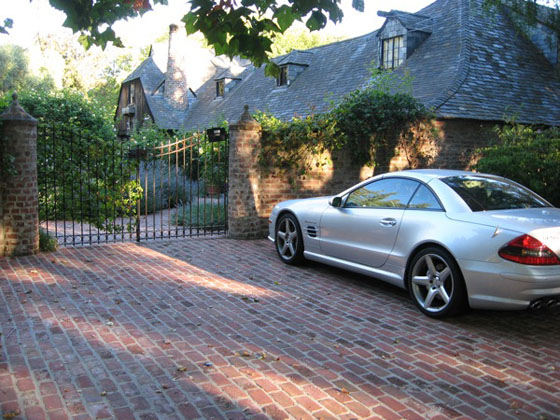 Remember when someone broke into Steve Jobs’ home last summer and stole over $60,000 worth of computers and stuff? Well that somebody ended up getting caught (believe it or not, Steve’s iPad did him in), was found guilty, and just received his jail sentence.

Kariem McFarlin has just been sentenced to seven years in a California state prison for the robbery, as well as a string of other burglaries in the Bay Area. The 35 year-old was arrested in August of last year, with hundreds of thousands of dollars in stolen property…

The burglary happened sometime during the evening of July 16 last year while the Jobs’ home, which is now occupied by Jobs’ wife, was being renovated. McFarlin says he jumped over a construction fence on the property, and entered the house through its garage. Once inside, the thief snagged a number of valuables including two iMacs, three iPads, three iPods, one Apple TV box, a diamond necklace and earrings.

To catch him, police called upon the Rapid Enforcement Allied Computer Team, or REACT, a Silicon Valley-based high-tech crime unit. And they, with the help of Apple security, were able to track down where the stolen devices were being used by matching their serial numbers with connections to Apple iTunes servers. An attempt to reinstall iOS on one of Jobs’ iPads led officers straight to Kariem’s apartment.

McFarlin admitted to the burglary under questioning by Palo Alto police, and over $200,000 worth of stuff from other robberies was found in his storage locker. He apologized for his offenses and said that he had taken to crime due to money problems, and was desperate. In addition to his 7-year sentence, Kariem was also ordered to pay restitution to the victims of his crimes. I guess that means that justice was served?

Honestly, I would’ve thought you’d get a lot more jail time for stealing $200,000+ worth of stuff. What do you think?