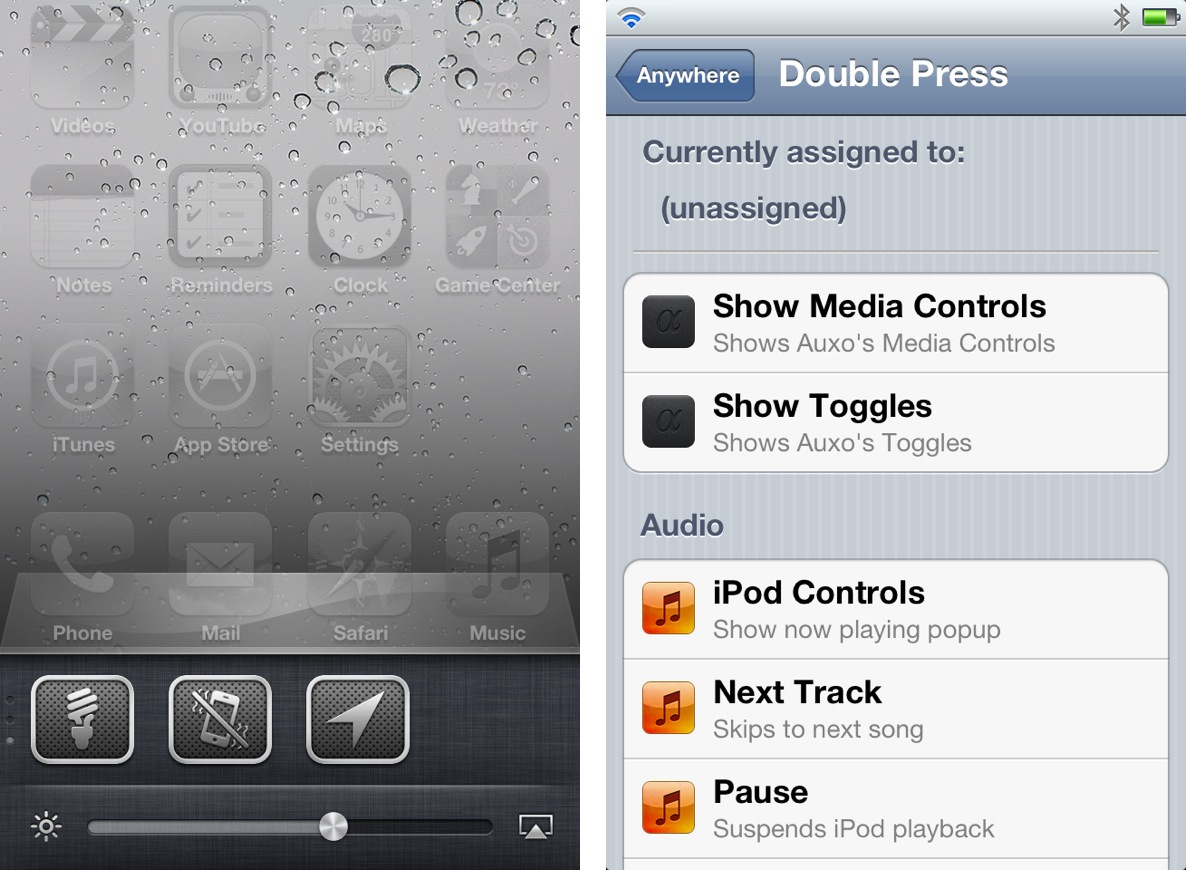 Ladies and gentlemen, boys and girls, the first major update to Auxo has just been finished, and it should be pushed out to Cydia tomorrow. The update brings a whole host of new features to the popular app switching tweak. Included are new toggles, the ability to hide toggles, VIP app designations, native Activator support, and more.

We’ve landed our mitts on a sneak preview of the update, and we really like what we see. For those of you who felt that the initial version of Auxo didn’t bring enough personal customization to the table, then version 1.2 is sure to change your mind.

Here’s a full change log of the new features you can expect to find in the update:

Looking at that extensive list of new features, it’s hard to believe that the development team behind Auxo still didn’t get all of the items they’d hoped to include in Auxo 1.2. For that reason, we’ll have to wait until future updates to get things like landscape mode support, more toggles per row, tap and hold options, and an auto lock toggle. 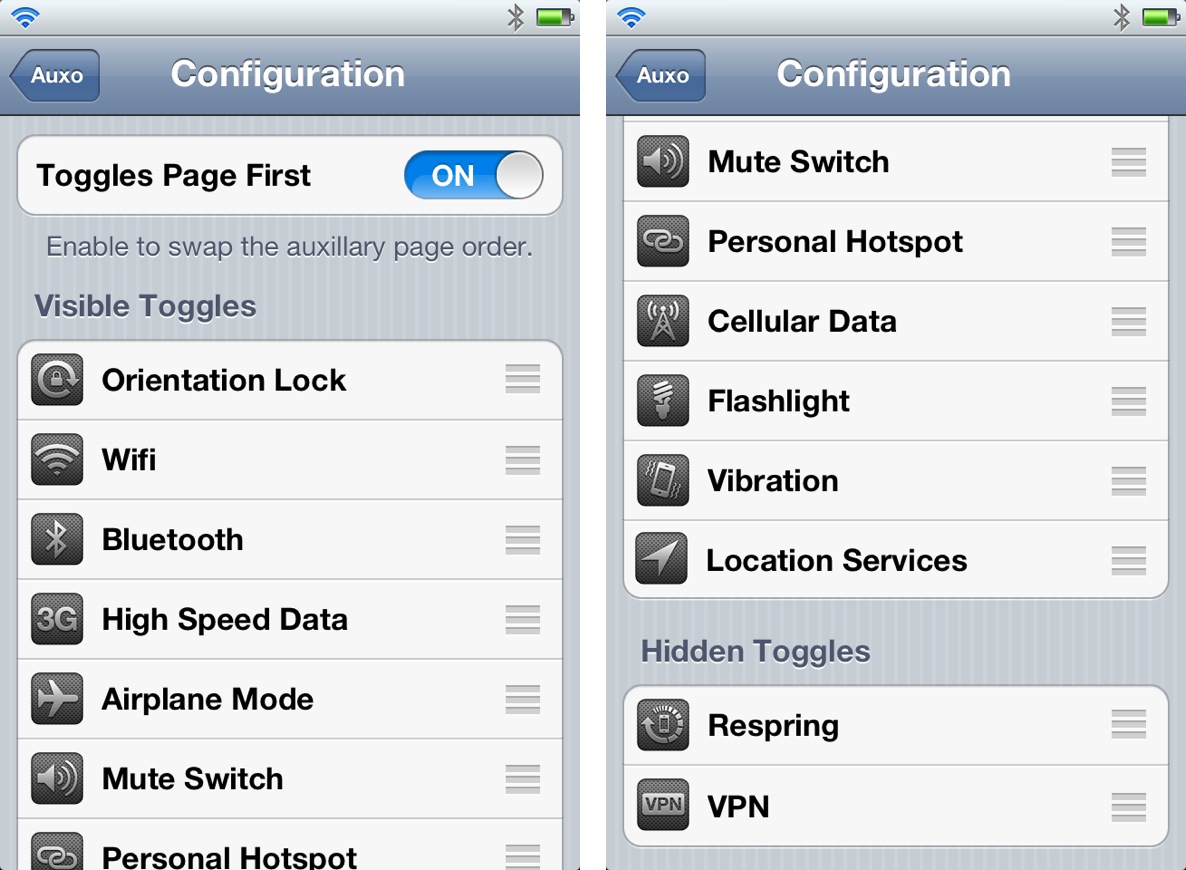 Even though some of these features, especially landscape mode, are highly anticipated new additions to Auxo, it’s good to see that the team has no intentions on curbing development any time soon. I think it’s safe to say that we’ll see plenty of updates for the foreseeable future, so be patient if your most anticipated feature didn’t make the cut this go around.

One thing that I neglected to show in my video walkthrough was the native Activator support. I’m not sure how I forgot this, but it’s probably because the settings for Activator aren’t contained within the tweak’s options. Instead, you must navigate to the standalone Activator settings to configure the individual Activator gestures.

As of now, there are two options contained within Activator — Show Media Controls, and show Toggles. This allows you to individually map a gesture right to that specific page within the Auxo app switcher. You can map either of these actions directly to the Home button double press action, which will result in you loading up the music controls or the toggles, instead of the traditional list of apps contained within the switcher. 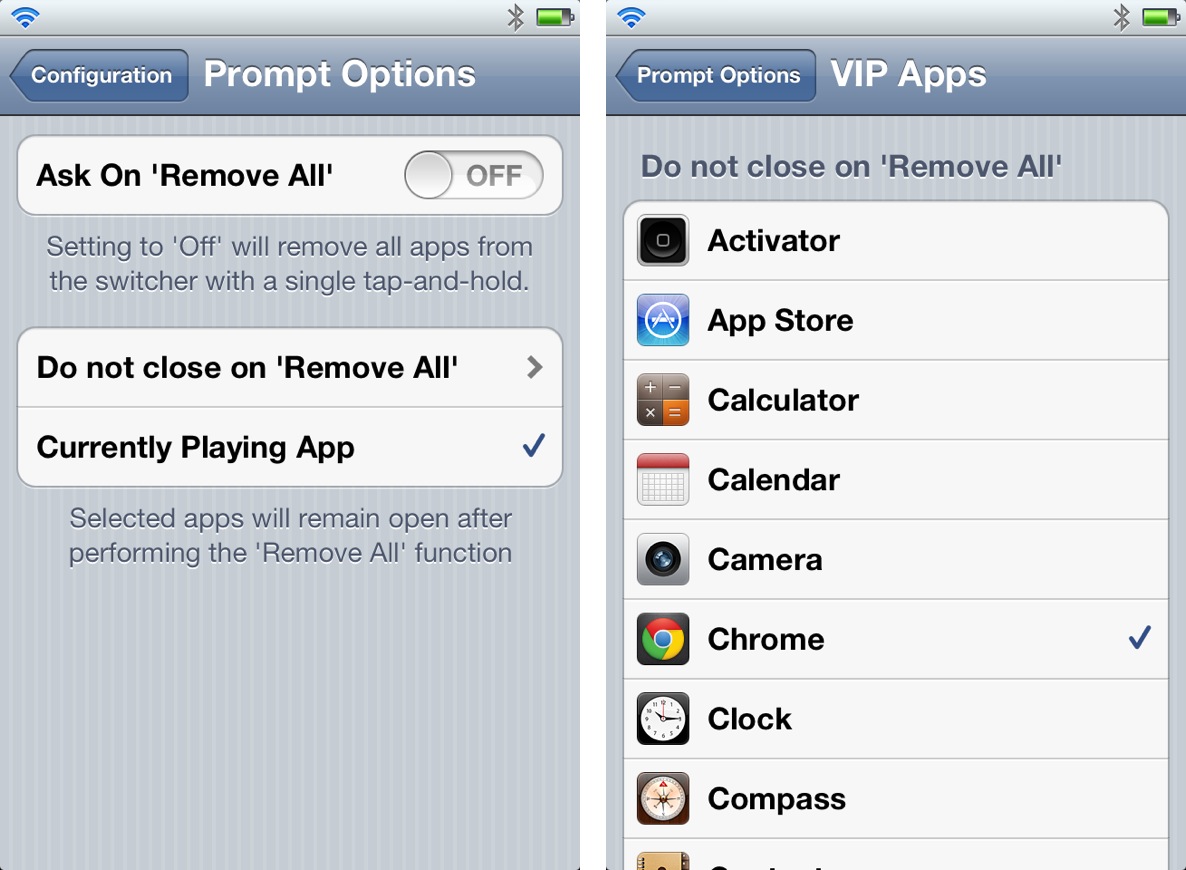 My favorite feature included with version 1.2 is the new VIP option. This allows you to exclude certain apps from being removed when you perform a tap and hold gesture to kill all apps in the switcher. It sort of reminds me of an old school jailbreak tweak called SwitcherPlus, which allowed you to similarly exclude a specific app from being removed from the app switcher.

All in all, version 1.2 of Auxo is a worthy upgrade to an already excellent jailbreak tweak. From the looks of it, it’s only going to get better from here. If you’ve already purchased Auxo, then you can expect a free upgrade once the update hits Cydia sometime tomorrow. If you’ve been holding out, you can still snag Auxo for $1.99.

Let me know what you think about Auxo 1.2 in the comments section below.

Update: Auxo 1.2 is now available for download on Cydia.