A new report is out this afternoon claiming that Apple’s vice president of retail Jerry McDougal has left the company to spend more time with his family. It’s a significant blow, as he’s considered to be a big part of Apple’s retail success.

McDougal was Ron Johnson’s right hand man before he left the company to head up JC Penney in late 2011, and was even said to have been considered for his replacement before Apple decided on the infamous John Browett… 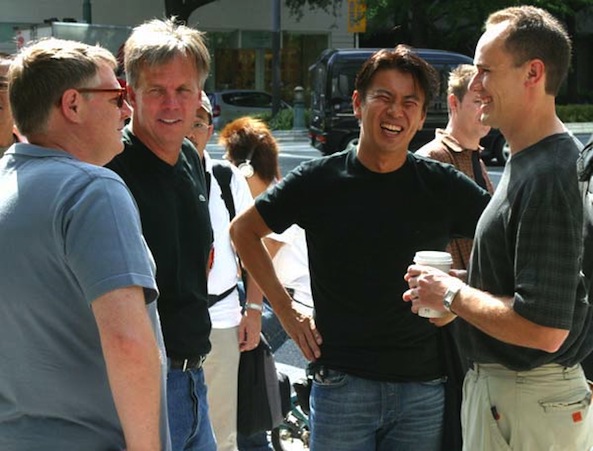 “A key player in the birth of Apple’s retail chain and a potential candidate to lead the retail stores has left the company. Jerry McDougal, Vice-President of Retail, said goodbye to his colleagues last Friday, sources say. His departure was explained asnot work-related, but rather so he could spend more time with his family. Apple notoriously requires an enormous commitment of time from its employees, especially at the headquarters level. That commitment increased even more for retail executives after last year’s departure of Ron Johnson.”

The report goes on to say that McDougal was responsible for Apple’s retail marketing, product merchandising, store operations, loss prevention and customer loyalty programs. And he was a frequent attendee at store grand openings and media events.

The VP’s departure adds to Apple’s already-significant retail woes. Since firing Browett last October, the company has yet to name a successor. It’s believed that McDougal was in that running as well, but with him leaving now that’s [obviously] no longer the case.

Updated: Apple has confirmed with AllThingsD that Jerry McDougal has in fact resigned from the company, and he will be replaced by Jim Bean, former VP of Finance.