When someone mentions the name pod2g, likely the first thing that comes to your mind is jailbreaking the iPhone. That, obviously, makes sense, when you consider that pod2g was one of the primary reasons we’ve been able to jailbreak our iOS device’s in the past. His ingenuity provided us with jailbreaks for the iPhone 4S and iPad 3, and many are hoping that he can work his same magic on the iPhone 5 along with iOS 6.

But cast aside those thoughts of jailbreaking for a moment. Forget the hacks, apps, and tweaks that we’re benefitted with because of pod2g’s hard work. Instead, try to focus on the legendary hacker’s latest endeavor. Admittedly, it’s a bit of a departure from the norm, but pod2g has created an official app that he’s currently selling on Apple’s App Store.

While pod2g, known amongst family and friends as Cyril, isn’t the first known hacker to release an official app to Apple’s ecosystem, he is by far the most prominent member of the jailbreak community to do so. And the thing is, this isn’t just some random app that people will buy only because of the developer behind the project. No, this is a legitimate attempt that’s been well coded and well designed, and it should sell on merit alone.

As you’ve already seen from our previous post, podDJ is the name of the app, and it’s an iPad release that allows you to DJ directly from your device. Of course, we’ve gone hands-on with podDJ on video, so be sure to check inside for the full synopsis…

Now you might be thinking to yourself, isn’t DJay the premier DJ app on the App Store? How will pod2g differentiate podDJ? For starters, here are some of the app’s most prominent features:

The main thing that pod2g is emphasizing when it comes to how his app stacks up to the competition, is speed. He claims that it is the snappiest and most responsive iOS DJing app, and that’s all thanks to a sound output latency of just five milliseconds, an OpenGL refresh rate of 60Hz, and zero latency cue points coupled with zero latency key locks. I’ve used it myself, and I can vouch that the fluidity of the app is pretty impressive. 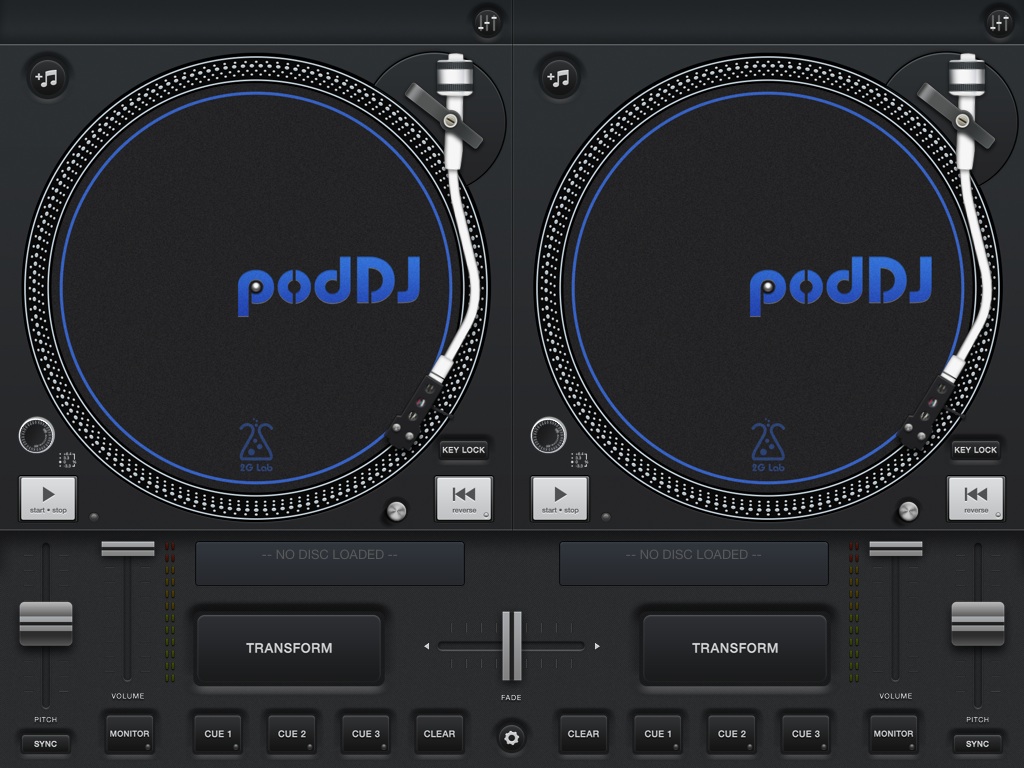 Being someone who isn’t a DJ, though, allows me to take a unique perspective on the release. While the speed of the app was readily apparent to me as I used podDJ, the most outstanding thing to me was the design and the stability of the app.

The design is nothing short of beautiful, and that’s mainly due to the fact that pod2g was wise enough to hire Thientam Bach, better known as Surenix, to do his design. For those of you who’ve been keeping tabs on jailbreak releases over the years, Surenix is the designer responsible for the beautiful jailbreak theme entitled Ayecon. In fact, Ayecon was so beautiful looking that it made our top jailbreak tweaks of 2012 list, even though it technically isn’t a jailbreak tweak. Needless to say, it was the only theme that made it on the list. 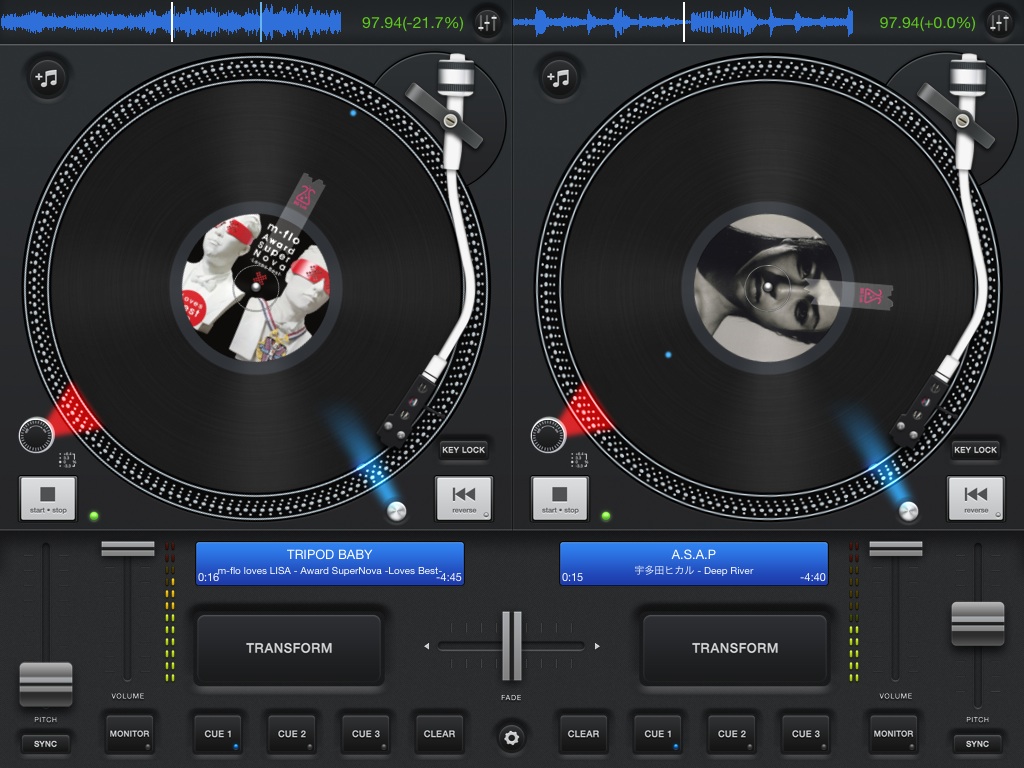 Another remarkable thing about podDJ, is that despite being a 1.0 release, and despite this being pod2g’s first App Store app, it’s remarkably stable. I’ve been using podDJ for almost a month now, and it hasn’t crashed on me once, even in beta form. When you consider the fact that pod2g is the one that performed all of the programming for an app that features so many interworking parts, then you can’t help it but to come away impressed.

Of course, ultimately a real DJ is going to be the one who has the last say about podDJ, but I’ve played around with the competition enough to know that podDJ stacks up admirably. In fact, when considering the speed of the app, you may find that you prefer it over the competition. 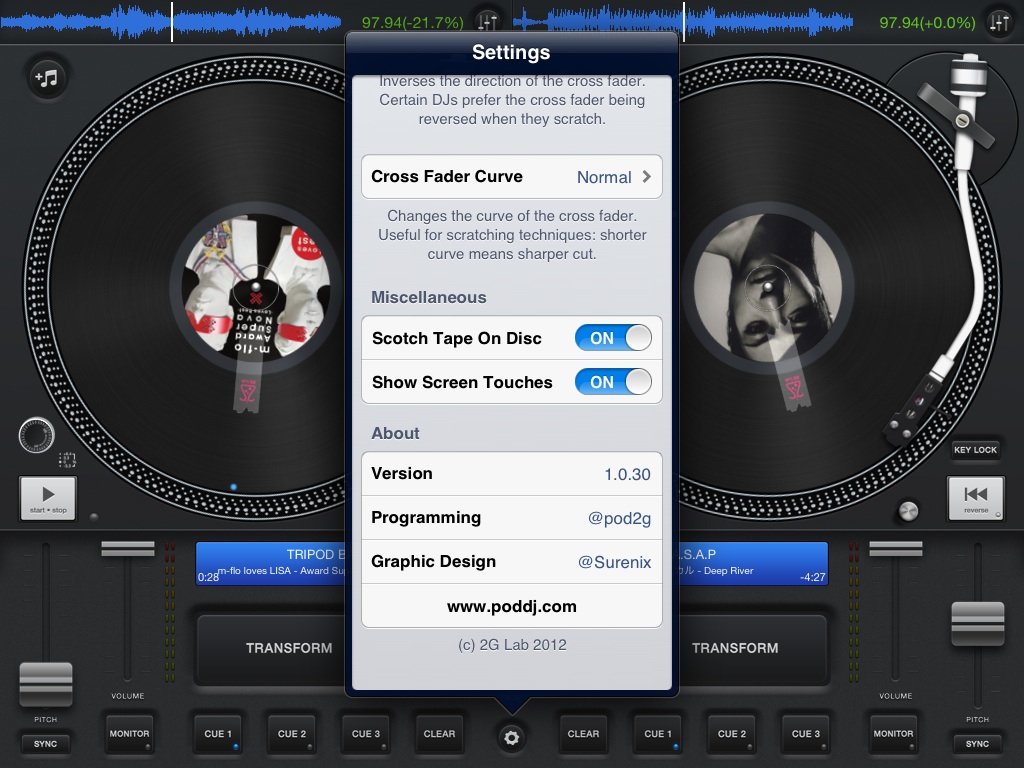 Be sure to check out our video walkthrough above for a visual look into many of the features that podDJ has to offer. podDJ will be available at $5.99 for the first couple of days of release, then $7.99 until the end of January, then $9.99 thereafter. Considering its closest competitor regularly rings in at $19.99, I’d say it’s certainly worth giving podDJ a shot if you’re interested in DJing from the convenience of your iPad. You can download podDJ right now from the App Store.

What do you think about pod2g’s first foray into the App Store?