Tim Cook visited China for the second time since taking over as CEO of Apple in August of last year. In an interview with Chinese reporters, Cook officially confirmed that the cellular version of the iPad mini will arrive on the mainland in late January after the device gained a regulatory approval in mid-December 2012.

Both the iPad 4 and the Wi-Fi-only model of the iPad mini made a landfall in the country on December 7, following the iPhone 5’s debut a week earlier which sold two million units during its opening weekend…

The Next Web passes along a local report tipping the upcoming release of the mini Apple tablet during Cook’s visit to Beijing. TechWeb reported in December that Apple had acquired network licenses required to launch the cellular version of the latest iPads on the China Unicom and China Telecom networks. 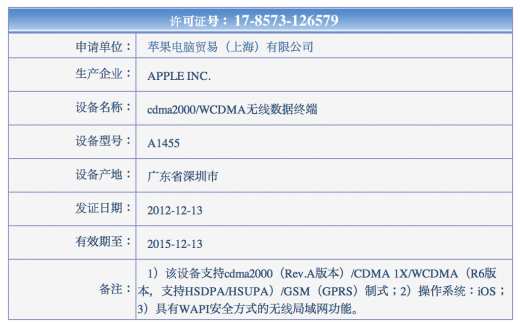 China represents an enormous opportunity for California based Apple: the country is home to population of nearly 1.33 billion people. Cook yesterday met with high-level officials to discuss the near doubling of Apple Stores, following an early visit to quiet critics of Foxconn and rumors of iPhone sweatshops.

He also visited China Mobile, the world’s largest mobile carrier which has more than 700 million subscribers. The CEO talked “matters of co-operation”, a China Mobile spokesman said, raising hopes that a deal between the two tech giants may move forward.