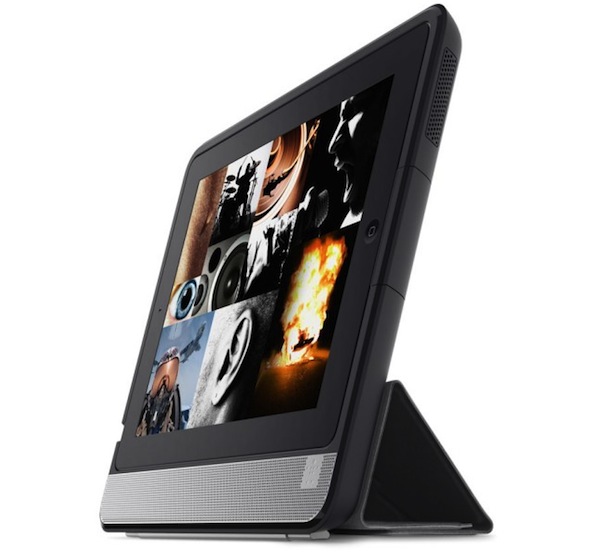 CES starts today, meaning you can expect to see several new product and accessory announcements over the next 5 days. Earlier today we told you about the Cookoo smart watch, and now it’s Belkin’s time to shine.

Known for Apple accessories like USB cables and keyboard cases, Belkin doesn’t have much of a track record in the audio space. That changes, though, with the Thunderstorm, a new iPad case with built-in speakers…

The Belkin Thunderstorm is essentially a portable audio dock built into an iPad case. It actually reminds a lot of the ORA speaker-case we took a look at in November, but obviously with Belkin’s trademark fit and finish.

Here are some of the case’s more notable features listed in Belkin’s press release (via Engadget):

Belkin has also created an iPad app for the Thunderstorm that will allow users extended control of the speaker case, with three different soundscapes: music, cinematic and action. Obviously the app will be free of charge.

The Thunderstorm, however, isn’t quite the bargain. It’ll run you $199. And the worst part is, it’s only compatible with 30-pin devices at the moment. But Belkin does say that a Lightning version will be available in Q2.

So, what’s your take on the Thunderstorm? Worth the money?