So much about Angry Birds running its course. Finnish developer Rovio announced today that its Angry Birds series, which just turned three, has been downloaded thirty million times during the Christmas week, raking in over eight million downloads on the Christmas Day alone. The 99-cent holiday sale of Rovio’s iPad games might have helped with that. It was an Angry New Year for Rovio indeed and the company produced a charming infographic that highlights other interesting holiday sales stats…

Rovio notes in a blog post that Angry Birds Star Wars and Bad Piggies in particular have dominated the charts, with the former holding the #1 position on the US App Store ever since its release. 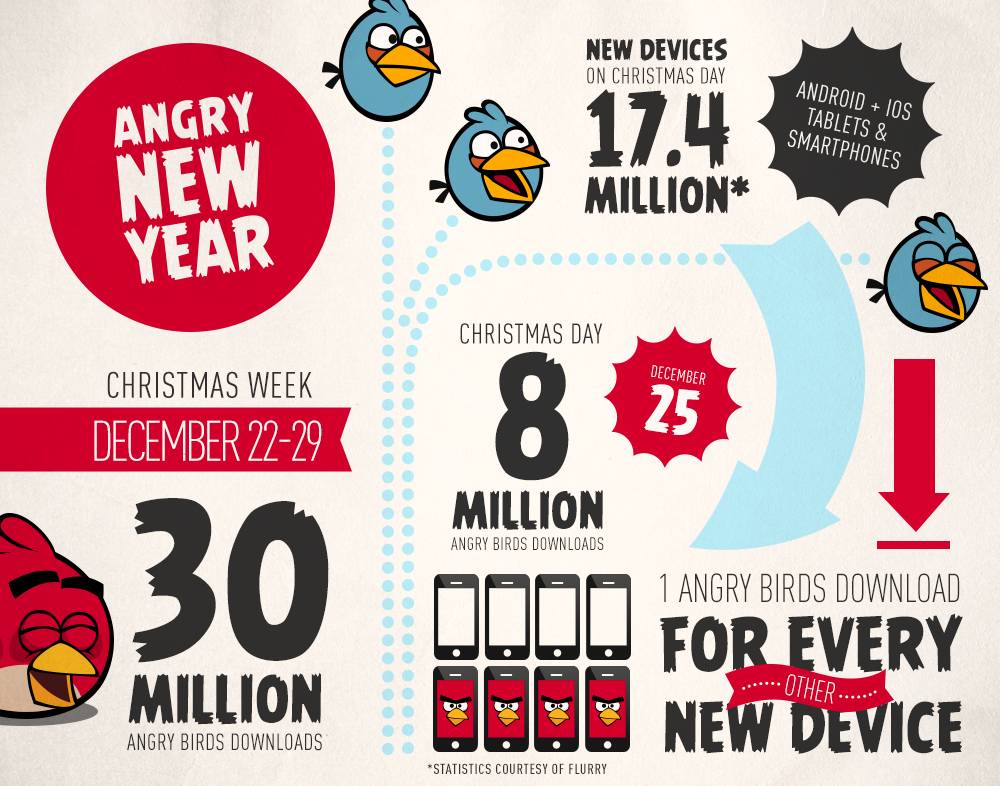 Rovio is no doubt gonna continue milking the franchise for its worth. The company teased gamers should  “stay tuned in 2013 for even more incredible surprises”, but stopped short of providing details.

If what we’ve been hearing holds true, 2013 should bring Angry Birds the animated movie and perhaps even a series of animated shorts, in addition to books and more merchandize.

Are you still playing the Angry Birds games or have you moved on to other puzzlers?

I must admit I’m still hooked on Angry Birds: each time a new content pack arrives, I find myself playing all the new levels into the morning.