A lot of people still can’t get enough of Angry Birds even if many are getting fed up with Rovio milking the franchise for all its worth. If you belong to the former camp, go ahead and download Angry Birds 3.0, a major update to the original game that yesterday celebrated its third anniversary. The update is free to owners of the original 99-cent bird flinging game.

So, what’s on tap for Angry Birds after three years? For starters, the new version brings proper support for the iPhone 5’s taller screen and provides fifteen new birthday-themed levels filled with some “explosively delicious cake”. Jump past the fold for more info…

There is a new Pink Bird character to play with, which first appeared in the Angry Birds Seasons episode Back to School, released on August 16. 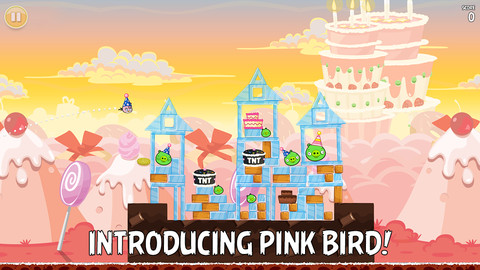 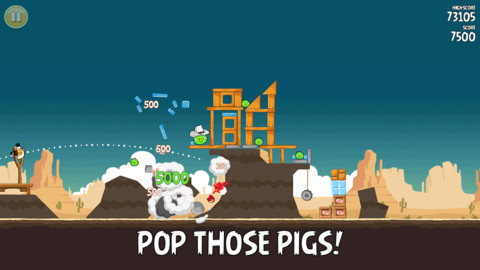 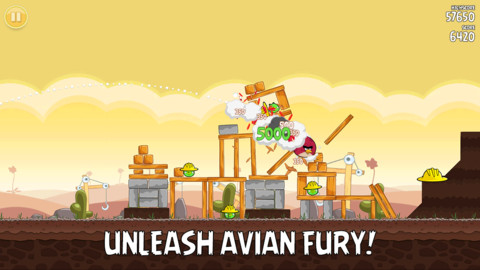 In addition to the fifteen “Birdday Party” levels, this update also brings out an additional Bad Piggies-themed levels where you pop pigs to your heart’s desire.

I know this may be too much for you, but Angry Birds the official animated movie is coming in 2016(your kids can thank me later). It will be filmed in 3D and Rovio signed up producer John Cohen to head the project targeted at Rovio’s huge Angry Birds fan base.

It’s interesting that the Finnish developer opted to finance the movie itself, instead of working with a big shot Hollywood studio.

Angry Birds movie confirmed for 2016. Mayans, do your fucking thing.

Since booking $106.3 million in 2011 revenue and announcing a billion Angry Birds downloads in May of this year, Rovio has released a brand new puzzler, Amazing Alex.

Android fans can download ad-supported Angry Birds 3.0 free of charge via Google’s Play Store. On the iOS front, the iPhone version costs the usual 99 cents. The high-definition Angry Birds HD version for the iPad will run you three bucks.

A lot of people I talk to think Angry Birds games are wearing a little thin now, though that’s not stopping them from diligently playing through new levels in each content update.

Would you say that the Angry Birds brand has run its course?