The App Store carries a number of free and paid apps that provide analytics for your social media accounts across Facebook, Twitter, Instagram and other popular services. One of my favorites is StatNut, a $99-cent download, and now a new app has arrived to rule them all.

Dubbed Static, it dives deep into your data so you don’t have to. What the software does remarkably well is present key stats using a beautifully crafted interface to help paint an accurate picture of your social media performance…

Just added an Instagram photo? Just published a blog post? How much traffic did you get as a result? How many new followers did you gain on Twitter? Instead of hopping back and forth between apps you can see your most important social stats from one screen.

The initial release supports Twitter, Instagram, Google Analytics, Dribble and Github so not only can you track your social media channels, but your blog posts as well.

Of course, all this data is readily available for free on each of the respective service’s web interface. That said, if you’ve been yearning for a more human-friendly display of your social media pulse, you should definitely give Static a try. 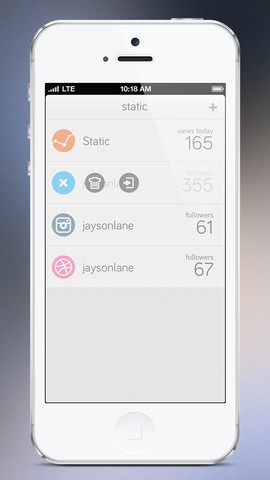 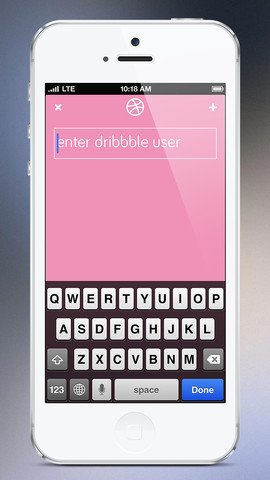 Static for iPhone costs 99 cents a pop and supports the iPhone 3GS or later or third-gen iPod touch and up. The app is optimized for the iPhone 5 and requires iOS 6 or later.

Developer Jayson Lane did a nice job and I’m hoping he’ll build on the initial release by adding more social media channels in the future, including Facebook, Klout and more.

The interface is clean, user-friendly and easy on the eyes, which goes a long way toward illustrating your social media performance. Contrast this to a lot of similar apps that I’ve tried and found to disappoint in that regard.

If you gave Static a try, please share your impressions down in the comments.